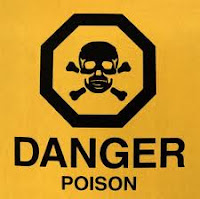 PARIS — Two employees of the U.S. Embassy in Paris were being given medical tests Friday after handling a suspicious package and reporting feeling "unwell," officials said.
However, an embassy official said no-one appeared to be in danger, with preliminary test results indicating the envelope was "not harmful."

French police officials said the two people involved were feeling "unwell" and that the incident was being investigated. A mobile laboratory was deployed at the site to test for poisonous substances.
Elizabeth Detmeister, deputy press attache at the embassy, said in a statement: "The embassy confirms that a suspicious envelope was received. Per embassy security procedures, the two employees who were exposed to it were evaluated by medical professionals and the envelope is being analyzed by a laboratory."
"Preliminary results indicate that the envelope was not harmful," she added.

She told msnbc.com that the two employees concerned worked in the mailroom at the embassy.
"They thought there was something suspicious [about the envelope], they reported it and our normal procedure is to have them treated or looked at by medical officials just in case," Detmeister said.
She said she was not aware of what caused the workers to be suspicious but added there was "no powder."

Embassy spokesman Paul Patin added: "We have no indication that anyone is in danger or hurt."
Reuters, The Associated Press and NBC contributed to this repor
Posted by Steve Douglass at 5:41 AM No comments: