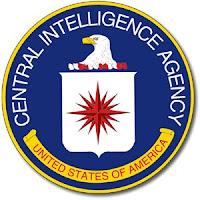 Islamabad, Pakistan (CNN) -- The American accused of killing two Pakistani men isn't a diplomat, as U.S. officials have said, but rather a CIA contractor in the country doing security work, a U.S. government official said Monday.
The revelation that Raymond Davis was working for the U.S. intelligence agency when he shot two men -- one of them in the back, according to Lahore police -- is a dramatic twist in a case that has already inflamed hard-line clerics and an angry public that wants the American tried in a Pakistani court.

In protests since Davis' arrest last month, hard-line Pakistani clerics have condemned the shootings and demanded that the government not release the American.

Despite the revelation of Davis' true line of work, U.S. officials on Monday renewed their argument that he enjoys diplomatic immunity and must be released.
U.S. officials notified Pakistan that Davis had been posted to the U.S. Embassy in Islamabad in January 2010, U.S. officials said. Pakistan's only recourse under international law is to order Davis out of the country, according to a senior U.S. official who briefed reporters on background Monday.
"Any other form of action, including a judicial action or any other proceeding, is inconsistent with his status," the official said.

Davis was jailed January 27 after fatally shooting two men who pulled up to him on a motorcycle in a bustling Lahore neighborhood.

U.S. officials and Lahore police said Davis told them he shot the men in self-defense. Evidence showed the two men may well have been robbers, according to police who found cash and cell phones linked to a robbery reported earlier that day.

But Lahore's police chief, Aslam Tareen, has said witnesses told police that Davis kept firing, even when one of the men was running away.
"It was clear-cut murder," Tareen told reporters.

That Davis was working for the CIA as a contract employee -- his actual employer is a company called Hyperion Protective Services -- seems to explain the assortment of gear Lahore police reported finding in his rental car following his arrest.

Until Monday, U.S. officials had described Davis only as an employee who was attached to the U.S. Embassy in Islamabad and who was working at the U.S. Consulate in Lahore at the time of the shootings.
Formally, they continue to describe him only as a member of the "technical and administrative staff" of the embassy.

READ THE REST OF THE STORY AT CNN
Posted by Steve Douglass at 1:53 PM No comments:

Separately, a senior official in the Italian secret service also said that Gadhafi remains in Libya. Earlier today, British Foreign Secretary William Hague told Reuters that Libyan leader Gadhafi may have been on his way to Venezuela.

"He will also leave his post as chair of the NCP to allow for the transformation of power to a new generation," said Rabi Abd al-Ati. The senior NCP member rejected the notion that al-Bashir's decision was prompted by popular uprisings in the region, including neighboring Egypt.

LIBYA, 2:04 p.m. ET: Libyan Prime Minister Baghdadi Mahmudi met in Tripoli with ambassadors of the European Union, blaming the unrest in the country on "terrorists and destructive plans" and stressing that Libya has the right to "take any measures" to protect its unity, stability, people and resources, Libyan state television reported.

LIBYA, 1:19 p.m. ET: Libyan helicopter gunships are firing into crowds of protesters, according to the National Front for the Salvation of Libya, an opposition group. CNN was unable to confirm the report independently.

LIBYA, 12:45 p.m. ET: Oil company Total says it will evacuate most of its expatriate employees and their families from Libya. Shell said it has temporarily relocated the families of expatriate staff.

LIBYA, 12:26 p.m. ET: Ibrahim Dabbashi, Libya's deputy ambassador to the United Nations, told reporters that Libyan leader Moammar Gadhafi has declared war on the Libyan people and is committing genocide. Who is Gadhafi?

YEMEN, 12:17 p.m. ET: Two human rights organizations, including Human Rights Watch, are reporting that 12 people have died as a result of protests in Yemen.

Libya, noon ET U.N. Secretary General Ban Ki-moon had talked with Gadhafi, saying he was deeply concern about the violence, and that it must stop. At least 233 people have been killed in the protests, according to Human Rights Watch. Its report cites information from hospital sources. CNN is not able to independently confirm the figure, as the network has not been granted access to report on the ground.

Google has designed this map of protests based on what it calls "reliable tweets." Personal up-to-the-minute audio reports have been uploaded on Google here. CNN has not yet vetted these reports.

LIBYA, 11:45 a.m. ET The government is demanding that citizens cooperate with security forces, and warning "organized gangs," Libyan state television reported, as security forces conduct raids on what it called "nests of terror and sabotage." Libya's justice minister, Mustafa Abdul Jalil, has resigned to protest the "bloody situation and use of excessive force" against protesters by security forces, a Libyan newspaper reported. Meanwhile, two Libyan fighter jets have landed in Malta, according to journalists at the airport.
Posted by Steve Douglass at 12:45 PM No comments: