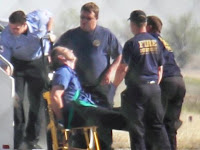 Related: The case of the JetBlue captain who came unglued at 35,000 feet has focused attention on what some aviation experts say is a flimsy system for detecting psychological problems in pilots.

During required checkups every six months or one year, airline pilots are subjected to a battery of physical tests, but the doctor usually doesn't ask about their mental state, experts and pilots say. And many pilots would probably hesitate to tell the truth, for fear it would be a career-ender.

"It's very clear to every pilot that the moment you say yes, you've had an issue, they're going to deny your license," said John Gadzinski, a captain for a major airline and an aviation consultant.

Still, there appears to be little interest in beefing up the examinations because mental breakdowns in the cockpit are extremely rare.

"Of the tens of thousands of employees" airlines have, "there are a couple that lost it," said Robert Francis, a former vice chairman of the National Transportation Safety Board. "That's hardly enough evidence to lead to new regulations."

On Tuesday, Clayton Osbon, the 49-year-old captain of a New York-to-Las Vegas flight, started ranting about a bomb aboard and screamed, "They're going to take us down!" A co-pilot locked him out of the cockpit and guided the plane to an emergency landing in Amarillo, Texas, as passengers wrestled Osbon to the floor. He was carried off the plane and taken to a hospital. JetBlue said he suffered a "medical situation."

The outburst came weeks after a distraught American Airlines flight attendant was taken off a plane at the Dallas-Fort Worth Airport for getting on the public address system and rambling about 9/11 and her fears the plane would crash. She, too, was hospitalized.

JetBlue Airways CEO Dave Barger said on NBC's "Today" show that he has known Osbon personally and that he is "a consummate professional," with nothing in his past to indicate he would be a risk on a flight.

Osbon, a pilot for JetBlue since 2000, was charged Wednesday with interfering with a flight crew. The airline suspended him.

"Clearly, he had an emotional or mental type of breakdown," said Tony Antolino, a security executive who sat in the 10th row of the plane and tackled the captain when he tried to re-enter the cockpit. "He became almost delusional."
Posted by Steve Douglass at 9:23 AM No comments:

Man tries to board plane with explosives. 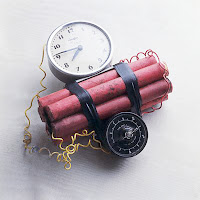 A 29-year-old-man was taken into police custody this morning at the Philadelphia airport after attempting to board a flight to San Francisco while carrying items that could have been assembled into an explosive device -- a vial with a fuse, a plastic bottle filled with explosive powder and three M-80 type fireworks.

Joseph Picklo of Dallas, Pennsylvania told authorities he is a self-employed salesman who "likes to conduct experiments with explosives." Picklo told authorities he had "fooled around" with the fireworks and other materials and forgot he had them in his backpack when he attempted to board the flight.


FBI official told ABC News there is no known connection to terrorism, but authorities said some or all of the elements could have been combined to make a bomb. Picklo was detained at 6 a.m. after a suspicious item was seen in a carry-on bag at a security checkpoint as he was headed for a US Airways flight.

Airport operations were only minimally affected. One gate was closed for 20 minutes while police responded. The Philadelphia Police Bomb Squad removed the material to its range for examination.
Posted by Steve Douglass at 9:20 AM No comments: