Major General Vitaly Gerasimov, who took part in the second Chechen war, the war in Syria and the annexation of Crimea, was killed in a battlle near Kharkiv.

The FSB officer assigned to the 41st Army reports the death to his boss in Tula, he says they've lost all secure communications. Thus the phone call using a local sim card. Thus the intercept.

That’s according to the Main Intelligence Directorate of the Ministry of Defense of Ukraine, Ukrinform reports citing the agency’s press service.

"Another loss among the invading army’s senior command. During a battle near Kharkiv, Vitaly Gerasimov, a Russian senior military commander, major general, chief of staff and first deputy commander of the 41st army of Russia’s Central Military District, was killed. A number of other Russian senior officers were also killed and wounded," the statement said.

It is noted that Vitaly Gerasimov took part in the second Chechen war and Russia’s military operation in Syria. He is also known to have received from the government a medal of the “return of Crimea."

Intercepted calls also proved significant issues with communication among the invading army units, as well as with the evacuation of their defeated forces. 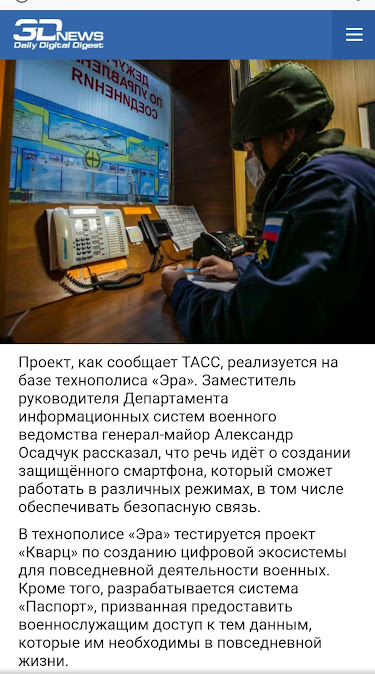 TRANSLATION:
1/2 - Dima, can you get on a secure channel? - The secure doesn't work here, we can't get anyone. Where are you? - I'm on my secure channel. How are you doing? - Not great, given the latest news. - Yes, Smetov has told me. Were they evacuated at the very least? 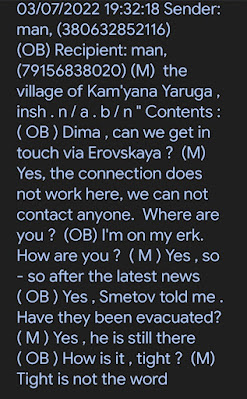 In the call, you hear the Ukraine-based FSB officer ask his boss if he can talk via the secure Era system. The boss says Era is not working. Era is a super expensive cryptophone system that
@mod_russia
introduced in 2021 with great fanfare. It guaranteed work "in all conditions"
SOURCE TWITTER
Posted by Steve Douglass at 3:44 PM No comments: