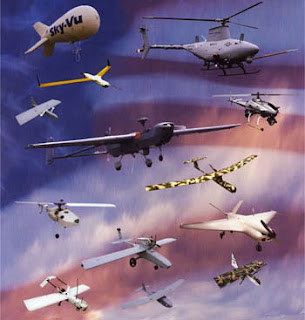 Near the end of the U.S. Air Force’s annual “Four Star Forum” session Sept. 17, one of the 13 assembled generals made a quip that summed up the challenge the Air Force will face as it attempts to reclaim what Chief of Staff Gen. Norton Schwartz called its “ass-kicking good” performance status.

The moderator asked Lt. Gen. Donald Wurster, commander of the service’s special operations command, what he would do if he had “another dollar” to spend in his budget. Wurster said he would buy more CV-22 tilt-rotors and MC-130 transports. “Then I’d walk down the table here and knife each of these gentleman in the back and take their one dollar,” he joked.

Schwartz has the challenge of fixing a service that is weighing multiple and sometimes competing issues, from the proper roles of ISR aircraft to where to apply dollars to its aging manned aircraft. Schwartz said the Air Force would remake its UAV “culture” and make sure UAV operators no longer feel like they are living in a “leper colony.” He said he would reach an agreement with the Army to end the internal debate over the respective roles of each in unmanned ISR. He promised to restore confidence in his service’s stewardship of nuclear weapons. And, he said, these issues would be sorted out with the highest ethical standards.

Schwartz said retired generals “have an obligation to refrain from taking sides in public debates on key acquisition programs.” He was even more blunt with reporters later: “What I think we need to avoid is to have Americans believe that their military leadership can be bought,” he said.

Schwartz appeared to be referring to the retired generals who have taken sides publicly in the fight between Northrop Grumman and Boeing over the service’s new refueling tanker. He might also have been referring to Northrop Grumman’s successful effort to win more funds for its E-8 Joint Surveillance and Target Attack Radar aircraft by enlisting retired generals, including one on the company’s payroll, to write letters.

In terms of unmanned aircraft ISR, Schwartz conceded that the roles of the Air Force and Army needed to be made clearer. “In the end it will get decided in the [joint staff’s] tank and I’m comfortable with that,” he said.

Schwartz did not rule out drawing some lessons from the Army, which routinely uses enlisted people to fly UAVs and fire cannons and missiles. The Air Force has so far insisted on entrusting UAV ordnance to officers. “For the near-term, we will draw from the officer talent pools. But I don’t dismiss the possibility that we could go a different way. No options are off the table,” he said.

As for ISR strategy, the service’s role in Africa consumed much of the conversation among the generals because of the scheduled “initial operating capability” for the new Africa Command Oct. 1. “Africom is a strange animal. It is a [combatant command] with no assigned forces,” said Gen. Roger Brady, who for the time being oversees Air Force operations in Africa as commander of U.S. Air Forces in Europe.

“Although the Horn of Africa is a significant issue, obviously, it’s going to be largely at least for the short term an ISR big lift, command, and also partner-building” effort, Brady said.

Wurster, the special operations commander, said his forces would use ISR equipment to deny sanctuary to the continent’s terrorists: “If we can make it difficult for them to move money, if we can make their movements traceable, then we’ll arrive at the position where every night they’ll go to bed and say, ‘Maybe today I made the mistake that will let them find me,” he said. “We want to roll these people up so they don’t have a place to go and nest like they did in the south of Afghanistan before 2001.”
Posted by Steve Douglass at 3:23 PM No comments: