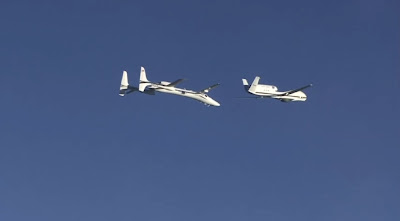 Photos and video accompanying this release are available HERE.

In a key risk reduction flight test, Northrop Grumman's Proteus test aircraft and a NASA Global Hawk flew as close as 40 feet apart at an altitude of 45,000 feet, an industry-setting record.

The flight test was conducted in the challenging high altitude environment required for refueling of high altitude long endurance (HALE) unmanned aircraft systems (UAS). Wake turbulence between the two aircraft as well as engine performance and flight control responsiveness in the stratosphere were evaluated. Simulated breakaway maneuvers were also conducted. The January flight was key to reducing risks as the program prepares for autonomous aerial refueling of two Global Hawks in the spring of 2012.

"Demonstrating close formation flight of two high altitude aircraft, whether manned or unmanned, is a notable accomplishment," said Geoffrey Sommer, KQ-X program manager at Northrop Grumman Aerospace Systems sector. "When you add autonomous flight of both aircraft into the mix, as we will do later in the KQ-X program, you gain a capability that has mission applications far beyond just aerial refueling."

The $33 million DARPA KQ-X program will demonstrate autonomous fuel transfer between two Global Hawks, enabling flights of up to one week endurance. KQ-X is a follow-on to a 2006 DARPA Autonomous Aerial Refueling Demonstration (AARD), in joint effort with NASA Dryden, which used an F-18 fighter jet as a surrogate unmanned aircraft to autonomously refuel through a probe and drogue from a 707 tanker.

Northrop Grumman supports the operation of the two Global Hawks used in the KQ-X program under the terms of a Space Act Agreement with its NASA Dryden partner and is responsible for all engineering design, as well as modification of both aircraft.

Posted by Steve Douglass at 8:55 PM No comments: 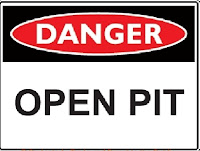 The teams' activities should not be viewed as military operations, Donilon said.

"It can no way shape or form be seen as military intervention," Donilon said. The teams will assess that humanitarian aid is being delivered. "This is purely humanitarian to better assist in a humanitarian way the people of Libya."


Bloggers note" This is how it works : Obama sends in "disaster teams" without armed escort - or ineffectual support.

They get shot up providing the U.S. a real reason to engage militarily- and thusly the Arab nations won't think it's a U.S. led invasion. Eye for an eye - is justification and the neighboring Arab nations (who want Ghadaffi out anyway) won't cry foul.

The question of the day is: All those who want to volunteer to be on a disaster team - stand on your head.
Posted by Steve Douglass at 3:23 PM No comments:

Posted by Steve Douglass at 11:43 AM No comments: 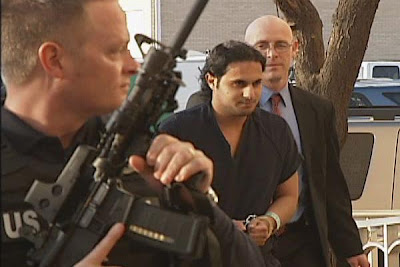 Also on Wednesday, Judge Sam Cummings issued an order to attorneys for both the defense and the prosecution to not communicate with the news media. Such action is typically called a "gag order."

The case has made national news, which is referred to in court records as "an extraordinary amount of media coverage."

"The court finds that there is a substantial likelihood that extrajudicial commentary could prejudice a fair trial..." Cummings writes in his order the court has the authority to place restrictions on jurors, lawyers and others.

Aldawsari was arrested on February 23rd, amid allegations that he had collected in his Lubbock apartment the materials necessary to make an explosive device. His writings indicated that he wanted to blow up nuclear facilities, hydro-electric dams, and the home for former President George W. Bush.

Copyright 2011 KCBD NewsChannel 11. All rights reserve
Posted by Steve Douglass at 9:52 AM No comments:

Posted by Steve Douglass at 6:30 AM No comments: