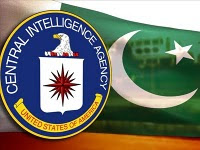 I step off the plane in Islamabad totally jet lagged. I was jolted awake by a cold and humid smack in the face accompanied by the unique smell of Islamabad, solid waste blowing in from across sector H-10 mixed with the odor of jet fuel.

I didn't arrive via some secret CIA airline, but economy on PIAC. Pakistan isn't Afghanistan or even Iraq. You want to visit – you just fly there. Tourism thrives in Pakistan and there is nothing about me to raise any official eyebrows. I travel on my real name using my real passport.

When they ask me what the purpose of my visit to Pakistan is, I say “Visiting family and friends in Abbotsabad.” which is the honest truth. I do have relatives there and I do plan to see them. As far as the Paks are concerned I'm just a Pakistani/American expatriate looking to reconnect.

My first agency contact is a Pakistani cab driver named “Asif” who looks the hell like a local but is American as I am. He holds up a cardboard sign bearing a smiley face drawn in marker that reads”ap ka din acha guzrae.” roughly translated means “have a nice day.” That's how I know he's the guy.

I find out he's from Boston, just a few years older than me and has an engineering degree. What's he doing here - working for the CIA is beyond me. From his manner I'm thinking he's ex-military like me and probably (like me) saw the twin towers fall and answered the patriot's call.

Asif's job is to be our “facilitator.” which entails getting me to “The About AsBad B&B” (as we grew to call it) and covertly deliver supplies and equipment plus make me into a innocuous or downright invisible nobody as far at the IB (Intelligence Bureau) is concerned.

First task is to shake any tail ( although we are convinced no one is following us) by driving through Islamabad in his cab that looks identical to the hundreds of other cabs on the street.

I think this cloak and dagger stuff is rather silly, but I defer to Asif's judgment – because he's the expert here – not me. I'm an analyst, not an operative, who's been rushed to Pakistan without any real training. For two hours we weave through Islamabad.

Asif hands me a cheap digital camera and instructs me to get out a take photos, like any tourist would. I would have anyway, Islamabad is a beautiful city.

We stop at the Kohsar Market. Asif tells me to go into the London Books.

“Go into the stockroom – just walk right back. At the very back you'll find the lavatory. Take your backpack with you – exchange it with a man wearing a tag that reads “Hi – my name is Bhaar. He knows what to do.”

I give him a look of concern because I know all my stuff is in my pack – my passport – my iPod – my clothes.

As if he knows what I'm thinking – he reassures me. “Don't worry. You'll get it all back – but first we need to make to make the man who arrived a few hours ago on PIA – disappear."

I agree in the affirmative, grab my backpack and open the door. The smell of Islamabad greets me again.

“I'll meet you in on the north side of the Faisal Majid in two hours. Although it is not far – walk. Don't take a cab. Don't act like a tourist. You are local. Remember to take out your mat and pray with everyone else when you hear the muezzin's call for al-maghrib at sunset or you'll stick out like a sore thumb. Don't worry if you don't have a mat – Bhaar will provide. Trust Bhaar – to a point. Do what he says but don't tell him why you are here.

“Got it.” I reply trying to sound confident but I am anything but.

Asif sticks out his hand – I reach out to shake it. “No – he says as he withdraws it. “Pay me for the ride.”

I dig in my pocket for some change – but all I have are American bills. I hand him a wad of cash and he quickly takes it.

“See you in two hours.” he says. “But – be smart and not be you – if you you catch my drift. I don't want to be able to recognize you when I see you again. This is the part where you go native."

He looks me in the eye - something typically American and says ...

CNN) -- The commander of the U.S. Navy's Blue Angels stepped down Friday in the wake of a subpar performance at a Virginia air show this week.

"I performed a maneuver that had an unacceptably low minimum altitude. This maneuver, combined with other instances of not meeting the airborne standard that makes the Blue Angels the exceptional organization that it is, led to my decision to step down," Cmdr. Dave Koss said in a statement, referring to the Lynchburg, Virginia, Regional Airshow.
He will be replaced by Capt. Greg McWherter, who was the flight demonstration team's previous commander.

Air shows have been in the spotlight recently because of concerns over safety.
Blue Angels commander steps down

The Blue Angels have canceled performances at the Rockford, Illinois, Airfest June 4-5 and the Evansville, Indiana, Freedom Festival Air Show June 11-12 because of the shakeup in leadership.
Posted by Steve Douglass at 6:09 AM No comments: