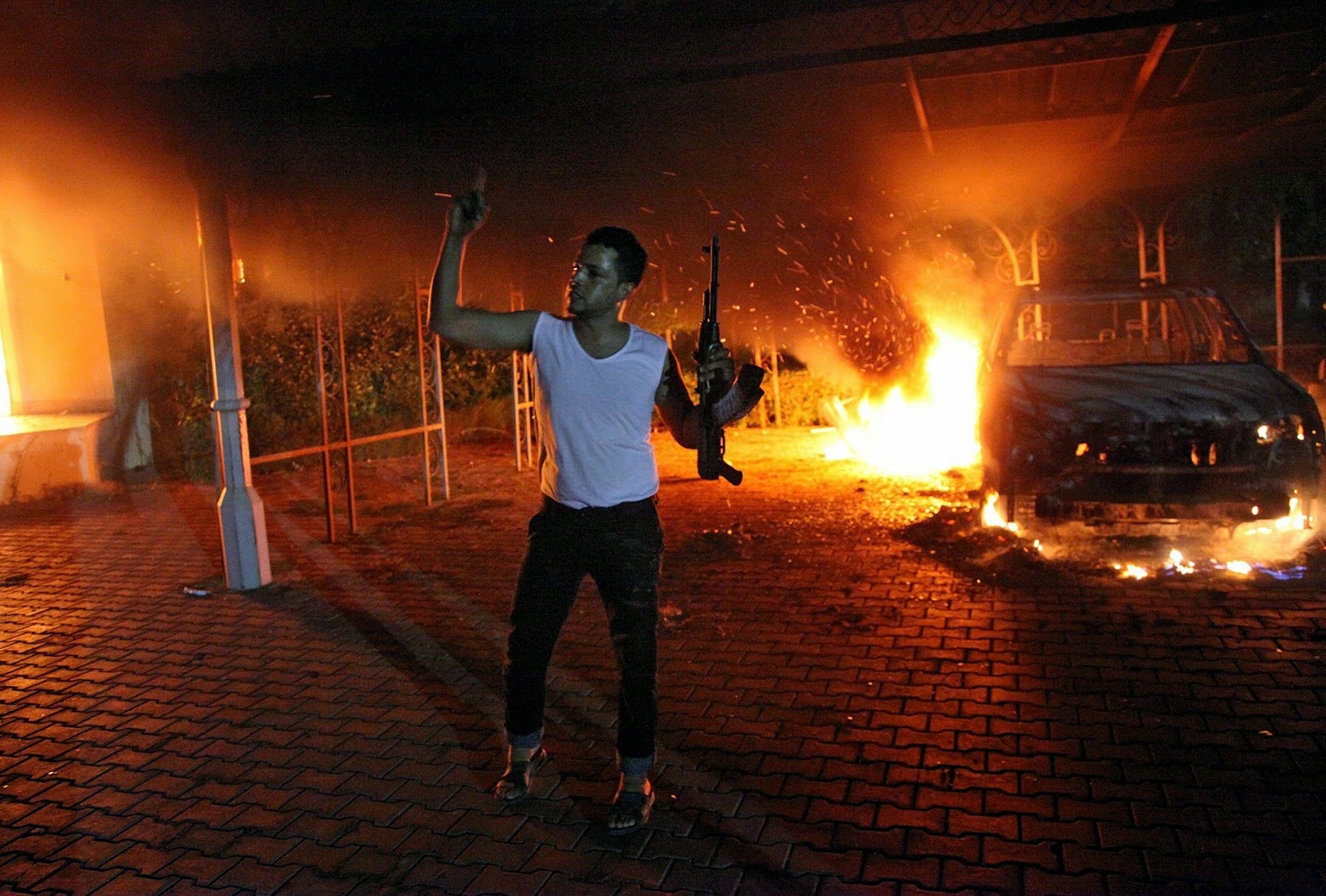 THE WASHINGTON POST: U.S. Special Operations forces captured one of the suspected ringleaders of the terrorist attacks in Benghazi in a secret raid in Libya over the weekend, the first time one of the accused perpetrators of the 2012 assaults has been apprehended, according to U.S. officials.

The officials said Ahmed Abu Khattala was captured Sunday near Benghazi by American troops, working alongside the FBI, following months of planning, and was now in U.S. custody “in a secure location outside Libya.” The officials said there were no casualties in the operation, and that all U.S. personnel involved have safely left Libya.

Abu Khattala’s apprehension is a major victory for the Obama administration, which has been criticized for having failed so far to bring those responsible for the Benghazi attacks to justice.
Posted by Steve Douglass at 9:12 AM 1 comment: