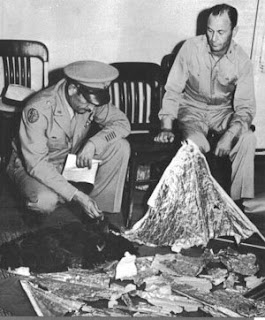 From the "I'll believe it when it has been throughly debunked and it holds up " department:

An Editor of UFO Data Magazine Philip Mantle is set to unveil his findings at an international conference this month.
He investigated the site in Roswell, New Mexico where many people believe there was an alien crash landing. He analysed rock, earth and vegetation.

The area is surrounded by charred trees and bushes and a mysterious blue substance that dribbles down rocks.
US physician Dr Ronald Rau said in the 1940s high levels of radiation pointed to a ship landing there in the 1940s.

The area in the Nogal Canyon is close to the well-known Socorro desert site where experts say another object appeared to have landed in 1964.

Mr Mantle said: "A good friend of mine Ed Gerham first found the site and I flew over as soon as I could.
"It was a real find and as soon as I arrived there I knew what a special and peculiar place it was. There is nothing around it for around 70 miles, it is literally in the middle of nowhere.

"Us Brits really have beaten the Americans at their own game and it is really great that we have done that. It really is revolutionary for the UFO world."

Mr Mantle is set to reveal his full findings at the UFO Data Annual Conference later this month in Leeds.
Posted by Steve Douglass at 8:34 PM No comments:

Hillson said Robinson was killed during flight operations off the coast of Cherry Point, N.C.

Robinson leaves behind three children. He joined the Navy on Sept. 24, 1998. He previously served aboard the aircraft carrier Enterprise.
Posted by Steve Douglass at 8:20 PM No comments: 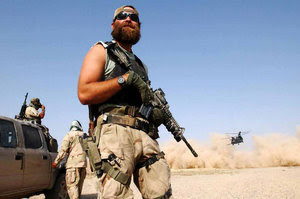 The militants ambushed the U.S.-Afghan force with sniper fire and rocket-propelled grenades in Qalat district of Zabul province Sunday, a statement from the U.S. military said.

The joint force fought back and called in airstrikes that killed the militants, it said.

A civilian, working as a contractor for the U.S. military, was wounded in the operation. There were no casualties among Afghan and U.S. troops.

Southern Afghanistan is the center of the Taliban-led insurgency. More than 4,700 people — mostly militants — have died so far this year in insurgency-related violence.

An unprecedented number of U.S. troops — about 32,000 — are in Afghanistan today, and the Pentagon plans to send several thousand more forces in the coming months. At least 131 U.S. troops have died in Afghanistan this year, as have 100 troops from other NATO nations.

Some of those U.S. and NATO troops work alongside Afghan army and police, mentoring and training the fledgling forces, as they take on the Taliban and other militants in daily battles across the country.
Posted by Steve Douglass at 5:36 AM No comments: