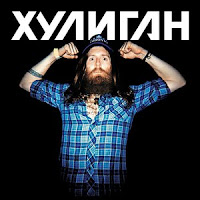 Moscow (CNN) -- In a series of potentially serious incidents, aviation officials in Russia say, two commercial airliners have been targeted with laser pointers while landing at a Moscow airport.

The crews of a Tupolev Tu-204 flying from Istanbul and a Boeing 737 flying from the east Siberian city of Yakutsk reported seeing a green laser beam in their cabins. The beams came from the ground as the planes were preparing to land, four minutes apart, at Moscow's Vnukovo airport shortly after 2 a.m. Tuesday, said Sergei Izvolsky, a spokesman for the Russian federal air transport regulator Rosaviatsia.

"When such a laser beam reflects off the multilayer glass of the pilot's window, it creates a bright spark that can momentarily blind the crew for several seconds or even several minutes," he said. "At that point, the pilot might be disoriented. He might not be able to see the plane's dashboard or the airstrip on which he is landing. This is a navigation obstacle and, ultimately, a direct threat to both the crew and the passengers."

Izvolsky said there has been a sharp increase in "laser hooliganism" against passenger jetliners in Russia.

"Since the beginning of 2011, there have already been 56 such cases registered, compared to just five for the entire last year. Most of them took place in Moscow and in some southern parts of Russia," he said.

In all of the incidents, officials say, the planes have managed to land safely.
On Monday, a 17-year-old boy was arrested in connection with a laser incident reported Sunday in the southern region of Chechnya, the first and only case thus far in which a "laser hooligan" suspect has been identified. On Tuesday, Russian state TV continuously played a dressing-down that the regional police chief gave the teenager, who admitted his guilt, in front of his relatives and reporters.
"That was very bad conduct. More than a hundred were on board the plane, including women and children. You could have killed all of them," Chechen Interior Minister Ruslan Alkhanov said.

The boy's mother said, "I didn't expect my son could do anything like that. In the future, I promise I will keep a close eye on him.
Posted by Steve Douglass at 2:15 PM No comments:

TSA is gonna love this - bombs hidden in boobs and buttocks! 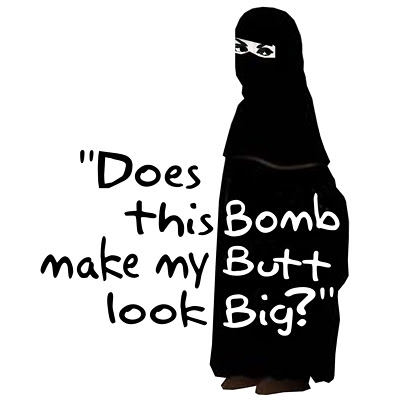 American officials have warned airlines that they believe al-Qaida is developing "Belly, Breast and Buttock bombs" to beat airport security and allow suicide bombers to launch terror attacks on board passenger planes.

The department of homeland security has sent a bulletin to airline executives saying it has identified a potential threat from terrorists who could "surgically implant explosives or explosive components in humans".

Although many airports use advanced imaging technology that can "see" through people's clothing, the technology might not pick up a bomb which is hidden inside a body.

"As a precaution, passengers flying from international locations to US destinations may notice additional security measures."

Experts say the explosives could be implanted in abdomens, buttocks and breasts allowing suicide bombers to pass undetected through airport body scanners. Explosive compounds such as pentaerythritol tetranitrate (PETN) could be implanted, then the person's wounds allowed to heal, making the material difficult to detect. On board the plane, the material could be detonated by injection.

US officials have been on high alert for terror attacks since US forces killed al-Qaida's leader, Osama bin Laden in May. They say there is no intelligence about a plot, but US and international carriers are being urged to consider the threat.

The bombs are thought to be a particular risk in Europe and the Middle East where full body scanners are not as widely used as they are in the US.
Posted by Steve Douglass at 1:58 PM No comments: