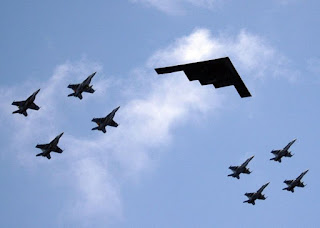 It’s official. The long-awaited Global Strike Command charged with taking over the Air Force’s nuclear mission has been unveiled.

Air Force leaders have completed the Nuclear Roadmap, which includes the standup of Global Strike Command and the ensuing organizational shake-up, the largest since Strategic Air Command disbanded in the early 1990s.

Eighth Air Force and 20th Air Force will fall under Global Strike Command, bringing the Air Force’s intercontinental ballistic missiles and nuclear-capable bombers — the B-52s and B-2s — under one command for the first time since SAC.

The 8th Air Force will be stripped of all responsibilities except its bombers before the switch. The cyber mission will fall to the 24th Air Force the service will stand up in place of the previous plans to create a Cyber Command.

“We are going to begin the deliberate planning process to see if we can achieve that timeline. That’s very aggressive. This is the nuclear business, so it’s going to take as long as it needs to take,” he said.

Alston and his task force have been working on the road map since the winter to lay out the Air Force’s way ahead to re-establish its credibility handling the nation’s nuclear stockpile.

“Over this past year, our pride’s been hurt by what we have exposed as a bona fide weakness in our nuclear enterprise. It hurt our pride because we are so committed, and we have pride in what we do,” Alston said.

However, airmen assigned to those wings will not notice much change, as the forces will remain at their bases and operations will continue as planned, Alston said.

“But, what [airmen] get out of this is leadership at all levels within that command that are focused on the nuclear mission in a way that has proven to be a challenge for our Air Force,” he said. “The priorities will be the nuclear mission.”

Similar to an initiative Air Combat Command started, Global Strike Command will set aside a squadron of B-52s focused solely on the nuclear mission, with the others filling conventional bombing tasks.

“Have that kind of intensity and that kind of focus for a defined period of time, [and] we see a great benefit,” Alston said.

Alston said the Air Force considered transferring the B-1 Lancers to the new command, as the Task Force for Nuclear Weapons Management suggested, but ultimately chose to keep them in the 12th Air Force because the aircraft no longer is slotted to carry nuclear weapons.

The command will be led by a three-star general who will oversee the selection process of the headquarters location.

Three Louisiana congressmen have lobbied for Global Strike Command to come to Barksdale after Air Force leaders balked on plans to stand up a separate Cyber Command that Louisiana politicians hoped would be established there.

Hans Kristensen, director of the Nuclear Information Project at the Federation of American Scientists, said he expects the headquarters to be stationed at Offutt Air Force Base, Neb., alongside U.S. Strategic Command.

NUCLEAR CAREERS
Right now, the Air Force has a shortage of nuclear airmen “with the right skills in the right jobs,” Alston said.

To fix that, the Air Force will have to enhance its training, education and force development within nuclear career specialties.

“We will rebuild our expertise through Air Force-wide training, education and career force development initiatives designed to ensure that we create a basic atmosphere of understanding for our nuclear stewardship responsibilities,” according to the road map’s Executive Summary.

To begin, a Nuclear Enterprise Advisory Panel will be created and tasked to ensure nuclear airmen get the right training and nuclear units are staffed correctly, Alston said.

The panel will be part of the Force Development Management Council chaired by the Air Force vice chief of staff that oversees manning decisions.

“This will give us a cross-cutting view of our enlisted, civilian and officer force for nuclear issues to make sure we are having the right training, right education and right assignment at the right time,” Alston said.

“Deficiencies in inspection processes also contributed to the erosion of the culture of accountability and rigorous self-assessment associated with high standards of excellence,” according to the road map’s Executive Summary.

The Air Force IG will build a training program that inspectors will have to pass before they handle nuclear inspections, Alston said.

A core team will be put together within the Air Force Inspection Agency bolstered by airmen with extensive nuclear expertise that will deploy to nuclear units for nuclear surety inspections.

“In order to fortify the proficiency of [major command IG teams], this core team of inspectors will deploy to support that IG team and be enhanced by a team that goes on all NSIs,” Alston said.


The Air Force Nuclear Weapons Center under Air Force Material Command will oversee the sustainment of the service’s portion of the nuclear stockpile, according to the Nuclear Roadmap.

“The Air Force must invest in the nuclear deterrence mission and have a clear, long-term commitment to sustain, modernize and recapitalize its nuclear capability,” read the road map’s Executive Summary.
Posted by Steve Douglass at 2:28 PM No comments: 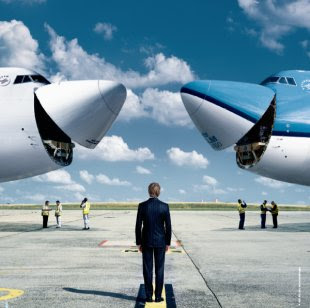 Posted by Steve Douglass at 2:18 PM No comments: