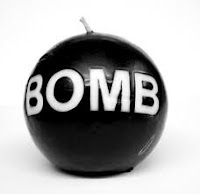 (CNN) -- A 19-year-old has been arrested in connection with a plot to detonate a vehicle bomb at an annual Christmas tree lighting ceremony in Portland, Oregon, on Friday evening, the Justice Department announced.

Mohamed Osman Mohamud, a naturalized U.S. citizen from Somalia, was arrested on suspicion of attempting to use a weapon of mass destruction. He is a resident of Corvallis, Oregon, and a student at Oregon State University, according to the FBI.

Mohamud was arrested by the FBI and Portland Police Bureau after he attempted to detonate what he believed to be an explosives-laden van that was parked near the tree-lighting ceremony in Portland's Pioneer Courthouse Square, the Justice
Department said in a written statement, but the device was actually inert.

"The threat was very real. Our investigation shows that Mohamud was absolutely committed to carrying out an attack on a very grand scale," said Arthur Balizan, Special Agent in Charge of the FBI in Oregon. "At the same time, I want to reassure the people of this community that, at every turn, we denied him the ability to actually carry out the attack."
The arrest was the culmination of a long-term undercover operation during which Mohamud had been monitored closely as his alleged bomb plot developed, the Justice Department said. Officials said the public was never in danger from the device.

According to an arrest warrant affidavit written by an FBI special agent, Mohamud was in e-mail communication in August 2009 with a person believed to be involved in terrorist activities. In December, that person was "located in the northwest frontier province of Pakistan," the affidavit states.

The two communicated regularly, the affidavit states, and "using coded language, they discussed the possibility of Mohamud traveling to Pakistan to prepare for violent jihad."
Mohamud attempted to contact another associate who he thought would help facilitate his travel overseas, the affidavit states, but "because Mohamud used the wrong e-mail address in his efforts to contact [the second associate], he never successfully contacted him to arrange travel."

At a meeting in August, the Justice Department said, Mohamud allegedly told undercover FBI operatives he had been thinking of committing violent jihad since the age of 15. According to the affidavit, Mohamud then told undercover operatives that he had identified a potential target for a bomb: the annual Christmas tree lighting ceremony in Portland's Pioneer Courthouse Square.

Posted by Steve Douglass at 5:49 AM No comments: