Hypersonic AGM 183A fails to launch 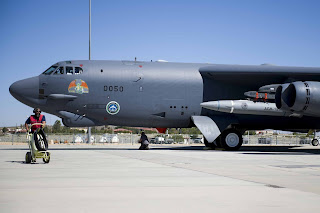 WASHINGTON — The first rocket booster test of the U.S. Air Force’s hypersonic AGM-183A Air-launched Rapid Response Weapon failed when the vehicle did not launch during an April 5 flight.


During tests over Point Mugu Sea Range off the coast of California, a B-52 Stratofortress bomber attempted to launch the ARRW booster vehicle. However, “the test missile was not able to complete its launch sequence” and the bomber returned to Edwards Air Force Base, California, with the test vehicle, the Air Force said in a statement.


The service plans to study the missile to understand why it didn’t launch, then make alterations and attempt to fire it in a future test, the service said.


“The ARRW program has been pushing boundaries since its inception and taking calculated risks to move this important capability forward,” said Brig. Gen. Heath Collins, the Air Force’s program executive officer for its armaments directorate. “While not launching was disappointing, the recent test provided invaluable information to learn from and continue ahead. This is why we test.”