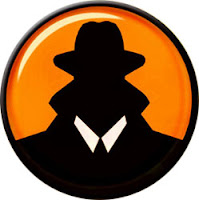 A defense ministry spokesman declined to comment on the report.

The leaked secrets include a military operation to be carried out in case of all-out war with North Korea, Yonhap said.

The arrest of the general followed the June 3 detention of two people accused of handing over military secrets to North Korea, Yonhap said.

It said one of them was a former spy for South Korea who acquired military secrets through the general and handed them to a North Korean agent in China in return for an unspecified payment.

The South periodically detains people accused of spying for its communist neighbor.

In another case, a female North Korean spy was arrested and jailed for five years in 2008. She had admitted having sex with a South Korean army officer to secure secret information.
Posted by Steve Douglass at 8:36 PM No comments: 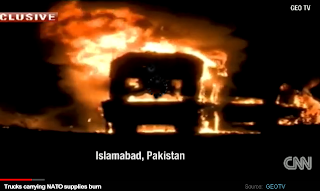 Ten to 12 gunmen on motorcycles and in pickup trucks attacked the convoy at a station where they were refueling and loading and unloading supplies, Islamabad Police Chief Syed Kalim Imam told local television reporters.

Nine tankers and 12 trailers were damaged, he said.

The trailers were carrying oil, heavy machinery and other supplies,
Posted by Steve Douglass at 7:56 AM No comments: