Is this the first photo of Russia's next-gen UCAV?

The Okhotnik is one of three large unmanned aerial vehicles currently being developed by Moscow: the Okhotnik combat system is the largest, weighing more than 15 tonnes. The other two UAVs are the one-tonne Inokhodets (considered a counterpart to the US Predator), and the five-tonne Altius-M (broadly analogous to the MQ-9 Reaper).

The Okhotnik (hunter) is being developed under the URBK (Udarno-Razvedyvatelnyi Bespilotnyi Kompleks, Strike-Reconnaissance Unmanned Complex), which was pursued in preference to the manned LMFS lightweight fighter.

It was expected that the Sukhoi Design Bureau would concentrate on the URBK once it had completed development of the Su-57 fighter. Intriguingly, photos appeared earlier this week of a Su-57 prototype, T-50-3, in a new scheme including a silhouette of the Okhotnik painted on the tail fin. 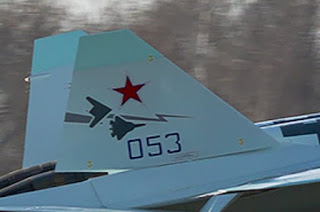 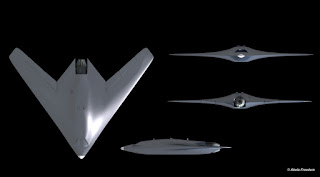 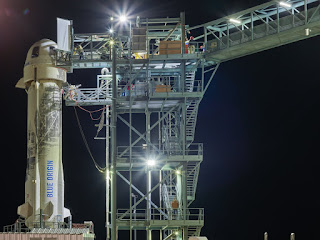 CNBC: Blue Origin launched its 10th flight of the New Shepard rocket on Wednesday, in a mission which sent eight NASA research and development experiments into space.

Lifting off from the company's facility in the desert of West Texas, the New Shepard rocket launched the capsule on top past an altitude of 350,000 feet – more than 100 kilometers up.

Blue Origin, which Amazon CEO Jeff Bezos founded nearly two decades ago, is developing the New Shepard rocket system for the company's space tourism business. Six passengers would ride past the edge of space, where they would spend about 10 minutes floating in zero gravity before returning back to Earth. The capsule features massive windows, providing expansive views of the Earth once in space.

NASA pays commercial rocket companies under the agency's Flight Opportunities program to test and demonstrate technologies. Blue Origin has eight payloads on board for NASA programs and academic institutions. The payloads are a variety of experiments, from gathering data on vibration experience during spaceflight to testing a possible solution for cooling electronics on a spacecraft.

Named after Alan Shepard, the first American in space, the New Shepard system is reused by Blue Origin. Reusability is a key part of Blue Origin's plan to turn space tourism into a business. Similar to SpaceX's Falcon 9 rocket system, New Shepard's booster – the bottom and largest section of the rocket – launches straight up and then returns straight down to land.

This was the fourth test flight for this individual rocket booster, which is the third booster Blue Origin has built. The company said on Twitter that it has "two rockets in the barn in West Texas," with the latest addition planned to begin "flying humans to space next year."

Posted by Steve Douglass at 9:32 AM No comments: