Iran claims to have downed another drone 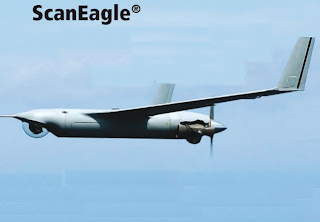 TEHRAN, Iran — Iran's powerful Revolutionary Guard said Saturday that it had captured a foreign unmanned aircraft during a military exercise in southern Iran.

Gen. Hamid Sarkheili, a spokesman for the military exercise, said the Guard's electronic warfare unit spotted signals indicating that foreign drones were trying to enter Iranian airspace. Sarkheili said Guard experts took control of one drone's navigation system and brought it down near the city of Sirjan where the military drills began on Saturday.

"While probing signals in the area, we spotted foreign and enemy drones which attempted to enter the area of the war game," the official IRNA news agency quoted the general as saying. "We were able to get one enemy drone to land."

Sarkheili did not say whether the drone was American.

In Washington, a CIA spokeswoman declined to comment on the report.

Iran has claimed to have captured several U.S. drones, including an advanced RQ-170 Sentinel CIA spy drone in December 2011 and at least three ScanEagle aircraft.

READ THE REST OF THE STORY AT HUFF POST
Posted by Steve Douglass at 9:02 PM No comments: