PALMDALE, Calif., July 11, 2012 -- Lockheed Martin [NYSE: LMT] and LaserMotive, Inc., recently demonstrated the capabilities of an innovative laser power system to extend the Stalker Unmanned Aerial System (UAS) flight time to more than 48 hours. This increase in flight duration represents an improvement of 2,400 percent.
Stalker is a small, silent UAS used by Special Operations Forces since 2006 to perform intelligence, surveillance and reconnaissance missions.
“We’re pleased with the results of this test. Laser power holds real promise in extending the capabilities of Stalker,” said Tom Koonce, Lockheed Martin Skunk Works® Stalker program manager. “A ground-to-air recharging system like this allows us to provide practically unlimited flight endurance to extend and expand the mission profiles that the Stalker vehicle can fulfill.”
The Stalker UAS was modified for the indoor flight test to incorporate LaserMotive’s proprietary system that makes it possible to wirelessly transfer energy over long distances using laser light to provide a continual source of power to the UAS. At the conclusion of the flight test, held in a wind tunnel, the battery on the Stalker UAS had more energy stored than it did at the beginning of the test. The test was concluded only because the flight had already surpassed the initial endurance goals set by the team.
“This test is one of the final steps in bringing laser-powered flight to the field,” said Tom Nugent, president of LaserMotive. “By enabling in-flight recharging, this system will ultimately extend capabilities, improve endurance and enable new missions for electric aircraft. The next step in proving the reality of this technology is to demonstrate it outdoors in an extended flight of the Stalker.”
Headquartered in Kent, Wash., LaserMotive is a privately held research and development company specializing in laser power beaming for commercial applications.
Headquartered in Bethesda, Md., Lockheed Martin is a global security company that employs about 123,000 people worldwide and is principally engaged in the research, design, development, manufacture, integration and sustainment of advanced technology systems, products and services. The Corporation's net sales for 2011 were $46.5 billion.
Posted by Steve Douglass at 9:46 AM No comments:

By Mark HosenballWASHINGTON Aug 14 (Reuters) - A group of former U.S. intelligence and Special Forces operatives is set to launch a media campaign, including TV ads, that scolds President Barack Obama for taking credit for the killing of Osama bin Laden and arg u es that high-level leaks are endangering American lives.Leaders of the group, the Special Operations OPSEC Education Fund Inc, say it is nonpartisan and unconnected to any political party or presidential campaign. It is registered as a so-called social welfare group, which means its primary purpose is to further the common good and its political activities should be secondary.In the past, military exploits have been turned against presidential candidates by outside groups, most famously the Swift Boat ads in 2004 that questioned Democratic nominee John Kerry's Vietnam War service.The OPSEC group says it is not political and aims to save American lives. Its first public salvo is a 22-minute film that includes criticism of Obama and his administration. The film, to be released on Wednesday, was seen in advance by Reuters."Mr. President, you did not kill Osama bin Laden, America did. The work that the American military has done killed Osama bin Laden. You did not," Ben Smith, identified as a Navy SEAL, says in the film."As a citizen, it is my civic duty to tell the president to stop leaking information to the enemy," Smith continues. "It will get Americans killed."An Obama campaign official said: "No one in this group is in a position to speak with any authority on these issues and on what impact these leaks might have, and it's clear they've resorted to making things up for purely political reasons."Obama has highlighted his foreign policy record on the campaign trail, emphasizing how he presided over the killing of bin Laden, as well as how he ended the war in Iraq and set a timeline for winding down the war in Afghanistan.However, Obama has come under sharp attack from Republican lawmakers who have accused his administration of being behind high-level leaks of classified information.They have pointed to media reports about clandestine drone attacks, informants planted in al Qaeda affiliates and alleged cyber-warfare against Iran that Republicans say were calculated to promote Obama's image as a strong leader in an election year.The White House has denied leaking classified information.The president of Special Operations OPSEC Education Fund Inc, Scott Taylor, is a former Navy SEAL who in 2010 ran unsuccessfully for the Republican nomination for a congressional seat in Virginia.Calling itself "OPSEC" for short - which in spy jargon means "operational security" - the anti-leak group incorporated last June in Delaware, a state that has the most secretive corporate registration rules in the U.S.It also set itself up as a nonprofit organization under section 501(c)4 of the U.S. Tax Code, allowing it to keep donors' identities secret. Spokesmen for the group declined to discuss its sources of financing.Several group representatives say their main motivation for setting up OPSEC was dismay at recent detailed media leaks about sensitive operations.In an interview, Taylor denied OPSEC had any political slant. He described the group as a "watchdog organization" but added that the current administration "has certainly leaked more than others."OPSEC spokesmen said the group has about $1 million at its disposal and hopes to raise more after the release of its mini-documentary, entitled "Dishonorable Disclosures," which aims, in spy-movie style, to document a recent spate of leaks regarding sensitive intelligence and military operations.Following the film's release, OPSEC's spokesmen said, the group expects to produce TV spots on the anti-leak theme that will air in a number of states, including Virginia, Florida, Ohio, Colorado, North Carolina and Nevada - key battleground states.Fred Rustmann, a former undercover case officer for the CIA who is a spokesman for the group, insisted its focus on leaks was "not a partisan concern." But he said the current administration had been leaking secrets "to help this guy get re-elected, at the expense of peoples' lives.... We want to see that they don't do this again."Chad Kolton, a former spokesman for the office of Director of National Intelligence during the George W. Bush administration who now represents OPSEC, also said the group's message and make-up are nonpolitical."You'll see throughout the film that concern about protecting the lives of intelligence and Special Forces officers takes precedence over partisanship," he said.Responding to criticism about the president taking credit for the bin Laden raid, an Obama campaign official pointed to an interview with CNN last month in which Admiral Bill McRaven, commander of the raid, said: "At the end of the day, make no mistake about it, it was the president of the United States that shouldered the burden for this operation, that made the hard decisions, that was instrumental in the planning process, because I pitched every plan to him.""I think Admiral McRaven knows more about the President's role in the bin Laden operation than this group," the campaign official said.
Posted by Steve Douglass at 8:08 AM No comments:

Israel: Prepping for war with Iran 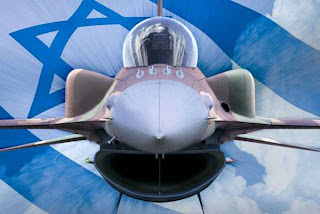 Dozens of Israelis crowded in front of a storefront at a Jerusalem shopping mall yesterday to pick up new gas masks, part of civil defense preparations in case the military strikes Iran and the Islamic Republic or its allies retaliate.
“Our leaders seem to have gotten very hawkish in their speeches and this time it seems they mean what they say,” said Yoram Lands, 68, a professor of business administration, who was picking up new masks for himself and his wife at a distribution center in the mall.
Prime Minister Benjamin Netanyahu told visiting U.S. Defense Secretary Leon Panetta on Aug. 1 that time “is running out” for a peaceful solution to Iran’s atomic program. The Tel Aviv-based Haaretz newspaper reported Aug. 10 that Netanyahu and Defense Minister Ehud Barak are considering bombing Iran’s nuclear facilities before U.S. elections on Nov. 6. Mark Regev, Netanyahu’s spokesman, said government policy is not to comment on media speculation.
“It seems that Netanyahu and Barak are making a special effort now to prepare the Israeli public for an attack on Iran,” said Shlomo Brom, a former commander of the army’s Strategic Planning Division, who said any strike could come within the next six months. In the past, rhetoric was directed at pushing the international community to take stronger action against Iran, said Brom, a senior research fellow at the Institute for National Security Studies at Tel Aviv University.

While Israeli leaders repeatedly have said they could strike Iran’s facilities, the words are now being accompanied by civil-defense measures, including a new system that uses text messages to alert the public to missile attacks, wider distribution of gas masks and the appointment of a new Home Front Defense minister. The threats also come as nuclear talks between Iran and world powers have stalled and increased sanctions have so far failed to stop Iran’s atomic progress.
Concern that the Israeli moves may herald a possible strike helped weaken the shekel to its lowest value in almost 15 months this week, sent government benchmark bond yields climbing and pushed the Tel Aviv Stock Market (TA-25) to a three-week low on Aug. 13. The Bloomberg Israel-US Equity Index of the most-traded Israeli companies in New York sank the most in three months, making the benchmark gauge the cheapest in two years relative to the Standard & Poor’s 500.

“With the headlines and saber-rattling we’ve had the last week, there is a higher risk premium, so it’s logical you see the currency weaken,” said Jonathan Katz, a Jerusalem-based economist for HSBC Holdings Plc.
U.S. officials, concerned that a conflict could destabilize the region and send oil prices soaring, have been urging caution. Panetta told reporters yesterday the “window is still open” to resolve the dispute through diplomacy and that he thinks Israel hasn’t made a decision “at this time” to attack Iranian nuclear sites.
“From our point of view, the window is still open to try to work toward a diplomatic solution,” he said during a briefing at the Pentagon outside Washington.
David Rothkopf, a visiting scholar at the Washington-based Carnegie Endowment for International Peace, said it is “extremely unlikely Israel could do anything without a regional ally or the cooperation of the U.S.”
Iranian officials have dismissed the threats of an attack.
“We don’t think any of the officials in this illegitimate regime wants to do something as illogical as this,” Ramin Mehmanparast, Iran’s Foreign Ministry spokesman, told reporters at a Tehran press conference yesterday. Iran says its nuclear program aims to produce electricity for a growing population.

Amid earlier Israeli threats, the U.S. and its European allies passed tougher sanctions against the Islamic Republic that have been taking a toll on the country’s economy.
Iranian oil production has declined 20 percent this year to 2.86 million barrels a day, according to data compiled by Bloomberg. Crude oil futures in New York have advanced 19 percent in the seven days ending Aug. 7 as Iranian exports have fallen, according to an Aug. 10 report of the Commodity Futures Trading Commission’s Commitments of Traders.
Prices of meat, rice and bread have spiraled in Iran as inflation accelerated to 22.4 percent in the 12 months through June 20.
There are concerns that repeated Israeli threats to strike Iran may force Israel’s hand if the West doesn’t take more serious action.
READ THE REST OF THE STORY ON HUFF POST HERE
Posted by Steve Douglass at 5:20 AM No comments: