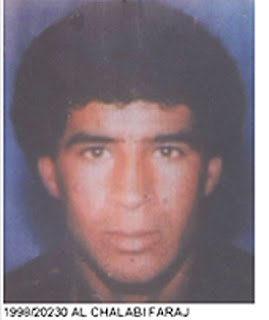 (CNN) -- A man suspected of involvement in the September attack on the U.S. diplomatic compound in Benghazi is being held in Libya, according to two sources who have spoken with CNN.

Both sources confirmed the man's name as Faraj al-Shibli (also spelled Chalabi). One of the sources, who has been briefed on the arrest by Western intelligence officials, said al-Shibli was detained within the past two days and had recently returned from a trip to Pakistan.

It is not known whether he has been charged with any offense related to the attack in Benghazi on September 11, which resulted in the deaths of four Americans, including U.S. Ambassador to Libya Chris Stevens.

Al-Shibli comes from a town called Sidi Armouma al-Marj, about 50 miles (80 kilometers) from Benghazi. He was a member of the Libyan Islamist Fighting Group, a militant organization that tried to overthrow the Gadhafi regime in the mid-1990s.

In 2004, the Libyan government reported al-Shibli to the United Nations as on its "wanted" list and issued an Interpol "Red Notice" seeking his arrest.
Posted by Steve Douglass at 12:37 PM No comments: