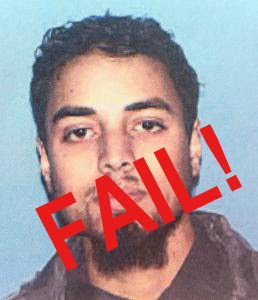 An Ashland man who holds a physics degree from Northeastern University was charged yesterday with an Al Qaeda-inspired plot to send a remote-controlled aircraft carrying explosives into the Pentagon and the US Capitol “to kill as many people as possible,’’ according to a complaint filed in federal court.

Rezwan Ferdaus, 26, a US citizen whose only known previous crime was vandalism, told FBI agents working undercover as Al Qaeda members that he wanted to “change the world,’’ according to the complaint.

“I just can’t stop; there is no other choice for me,’’ he told the agents, according to an affidavit written by FBI Special Agent Gary S. Cacace.

“This is what we have to do. This is the righteous way . . . to terrorize enemies of Allah,’’ he said, calling for the deaths of any kafir, the Arabic term for nonbeliever.

Federal officials said that at no point did Ferdaus have sole control of explosive materials, such as C-4, or guns and that he was closely monitored by the FBI during his alleged plotting in the past year. But they also say that he was repeatedly questioned about his plans and that he was committed to carrying out the attacks.

“Our top priority is to protect our nation from terrorism and national security threats,’’ US Attorney Carmen M. Ortiz said in a statement.

“The conduct alleged today shows that Mr. Ferdaus had long planned to commit violent acts against our country, including attacks on the Pentagon and our nation’s Capitol.’’

She and Richard DesLauriers, special agent in charge of the FBI’s Boston division, said the arrest should not reflect on the larger Muslim community.

Prosecutors say that Ferdaus modified mobile phones to act as electrical switches for improvised explosive devices and that he gave eight of them to the FBI undercover agents, who he thought were Al Qaeda recruiters. According to the affidavit, when told that one of the devices had killed three US soldiers and injured at least four others in Iraq, he exclaimed, “That was exactly what I wanted.’’

Also, prosecutors said that Ferdaus had already hatched a plan to attack federal buildings before he met the undercover agents in March 2011. He later traveled to Washington, D.C., and took pictures of the Pentagon and the Capitol.

He subsequently received at least $7,000 from the agents to purchase one of the remote-controlled planes, which was the size of a human body. The agents also delivered 25 pounds of C-4 explosives, three grenades, and six AK-47 assault rifles to Ferdaus. He planned to recruit other men to shoot at people fleeing the Pentagon, prosecutors said.

Ferdaus obtained the first plane in August. He then had the undercover agents deliver the explosive materials and guns yesterday to a storage facility in Framingham that he had rented to plan his attacks. Once he took possession of the materials, he was arrested.

READ THE REST OF THE STORY HERE
Posted by Steve Douglass at 7:29 AM 1 comment: