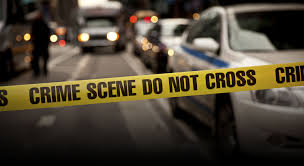 CNBC:
A high-level Turkish official says police have found "certain evidence" during their search of the Saudi Consulate showing that Saudi writer Jamal Khashoggi was killed there.
The official did not provide details on the evidence that was recovered during the hours-long search at the diplomatic mission that ended early Tuesday.
The official spoke to The Associated Press on condition of anonymity because he was not authorized to speak publicly about the investigation.

Turkish officials say Saudi agents killed and dismembered the writer at the Saudi Consulate in Istanbul on Oct. 2. Saudi Arabia previously called the allegation "baseless," but U.S. media reports suggest the Saudis may soon acknowledge Khashoggi was killed there, perhaps as part of a botched interrogation.
Cleaning staff workers appeared to enter the Saudi Consulate in Istanbul Monday morning, ahead of a joint “inspection” of the building by Turkey and Saudi Arabia, following the disappearance of Washington Post columnist Jamal Khashoggi.
The New York Times, citing a person familiar with the Saudi government's plans, reported the Crown Prince Mohammed bin Salman had approved interrogating or even forcing Khashoggi to return to Saudi Arabia. The Saudi government, it said, would shield the prince by blaming an intelligence official for the bungled operation.
U.S. President Donald Trump said on Monday he had seen the report, but that "nobody knows" if this was an official report.

Trump dispatched Secretary of State Mike Pompeo to meet King Salman over the case that has strained the Americans' relationship with the Saudis, carefully cultivated by the U.S. president.

Members of Khashoggi's family called for an investigation, in a statement released on Monday.

"We are sadly and anxiously following the conflicting news regarding the fate of our father after losing contact with him two weeks ago," they said.


"The strong moral and legal responsibility which our father instilled in us obliges us to call for the establishment of an independent and impartial international commission to inquire into the circumstances of his death."

Four forensic vehicles arrived outside the consulate and took away soil samples as well as a metal door from the garden, the Reuters witness said. A police dog was part of the search team.

The team entered the Saudi Consulate in Istanbul earlier on Monday for what Turkish officials called a joint inspection of the building where Khashoggi disappeared nearly two weeks ago.

The team arrived by unmarked police cars at the consulate and said nothing to journalists waiting outside as they entered the building. Police then pushed back journalists from the front of the consulate, where they've been stationed for days, setting up a new cordon to keep them away.

Turkish officials have said they fear a Saudi hit team that flew into and out of Turkey on October 2 killed and dismembered Khashoggi, who had written Washington Post columns critically of Saudi Crown Prince Mohammed bin Salman. The kingdom has called such allegations "baseless" but has not offered any evidence Khashoggi ever left the consulate.

Such a search would be an extraordinary development, as embassies and consulates under the Vienna Convention are technically foreign soil. Saudi Arabia may have agreed to the search in order to appease its Western allies and the international community.
Posted by Steve Douglass at 7:21 AM No comments: