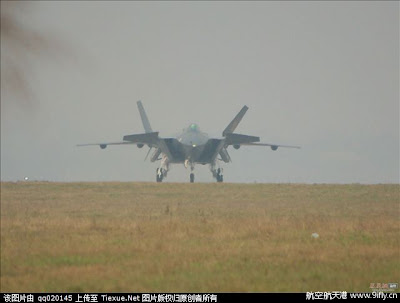 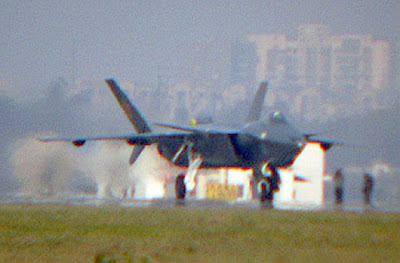 More photos of the Chinese J-20 stealth fighter are popping up on the internet.
It remains to be seen if the West will view it as a threat. Althiough there are indications it hasn't flown yet, the J-20 is already being compared to the F-22.

The design looks like it incorporates styling cues from the F-22 /F-23 and the Russian Mig 1.42 project. Big airplane - much bigger than the USAF Raptor - but that might not be a good thing when it comes to being stealthy. 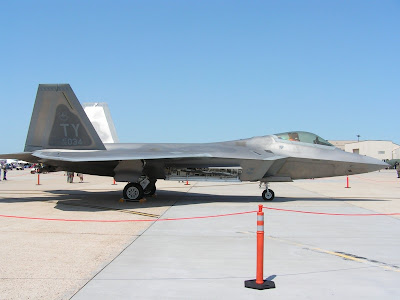 Although Chinese propaganda and anti-U.S.commentators are already calling the J-20 the "Raptor Killer" - that's like naming a newborn as the next heavyweight champ before he can even walk.

They also said the MiG 1.42 was also a "Raptor Killer" but it never led to an operational aircraft. 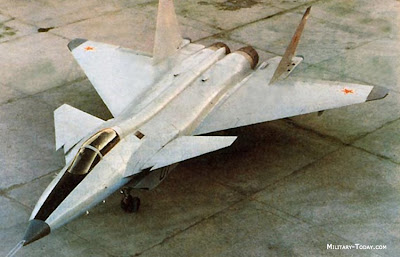 The F-22 is much more than a stealthy fighter aircraft and incorporates an advanced tracking,targeting and communication system that is at the present unrivaled and is still evolving. It may be years before the J-20 becomes operational.

Is the J-20 a paper tiger or a hidden dragon? Is it a Walmart Raptor or the real thing?