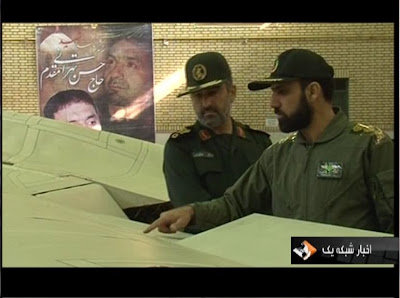 The crash of a stealthy RQ-170 Sentinel unmanned aircraft in Iran is revealing details about U.S. intelligence monitoring of that increasingly bellicose and isolated nation.

Among these clues is evidence that Washington has been conducting intelligence-gathering overflights with both stealthy and nonstealthy unmanned aircraft to observe Tehran’s military developments. That a Sentinel was involved is important because the Lockheed Martin-built flying wing currently carries a full-motion video (FMV) payload (AW&ST Aug. 9, 2010, p. 29; Dec. 14, 2008, p. 26). FMV is the key to activity-based intelligence analysis, the same discipline that revealed Osama bin Laden’s hiding place. Both the CIA and the National Geospatial-Intelligence Agency (NGA) see activity-based intelligence as the path to better monitoring of Iran, and they are busy expanding that capability.

Early on, officials said the crashed aircraft was possibly the Lockheed Martin Sentinel. That initial hesitation by the U.S. to confirm the downed unmanned aircraft as an RQ-170 indicates there are other aircraft monitoring Iran as well. Moreover, the intelligence community indicated that missile testing in eastern Iran was at least one of the targets of interest for Sentinel when it carried a different payload.

Yet there appears to be no panic in the military or aerospace industry about any loss of stealth or advanced intelligence, surveillance and reconnaissance (ISR) technology in the crash.

“The Iranians don’t have the ability to reverse-engineer it, and there was no fancy [ISR] technology on board,” says a veteran intelligence specialist with insight into the program. “There could be a bit of a problem if the Russians or Chinese get the [airframe].”

Video released by the Iranian government shows the airframe intact, but with the landing gear and bottom of the Sentinel hidden. Specialists say the aircraft was not shot down because there is no blast or fire damage. The lack of crash damage would indicate the standard UAV flight-termination procedure after an airborne mishap of going into a flat spin. The video also shows an F-117 type grill work over the engine intake to avoid radar reflections from moving parts on the face of the engine. A Lockheed Martin stealth specialist contends that it’s still an acceptable idea if the size of the aircraft is constrained and it has “big, fat, round leading edges” to further attenuate radio-frequency reflections.

Russian missile developers explained to Aviation Week the problem they had using the remains of a downed U.S. Air Force F-117 stealth fighter to upgrade the stealth-detection capability of their next-generation air defenses. Because only sections of the F-117 survived intact, “we haven’t been able to model the entire [low-observable bomber],” a Russian engineer conceded. “It’s not the same as testing against an undamaged F-117. You provide us with a complete stealth aircraft and then we’ll tell you how effective we are.”

Having a virtually intact aircraft should present fewer problems for reverse engineering. However, it is a lengthy process and often means replicating a design that is already several years and at least a generation of technology behind.

The RQ-170, equipped with a full-motion video sensor, was a key element in the Osama bin Laden raid in Pakistan. Perhaps the most important detail that emerged from the raid was how much its planning relied on activity-based intelligence. Bin Laden was never seen, but the coming and going of important people revealed that he was there. Much of the critical information was gathered by the FMV sensor system and the data was analyzed by the National Geospatial-Intelligence Agency (NGA). The need for even more sophisticated activity-based intelligence is being emphatically touted by NGA.

“We’re moving into more of an anticipatory [style of operations],” a senior agency official says. “We look at key intelligence questions and bring as many pieces of information together as we can by using multi-intelligence fusion and nontraditional sources.” The bin Laden residence was identified by “pattern of life activity, and [the NGA] worked with the assault team to look at the best way to get there,” the official says. Information developed from the data included flight path and acoustics modeling, line-of-sight analysis, landing-zone surveys and calculating the heights of walls, as well as the locations of entryways, windows and doors.

READ THE REST OF THE STORY AT AVIATION WEEK
Posted by Steve Douglass at 2:22 PM No comments: 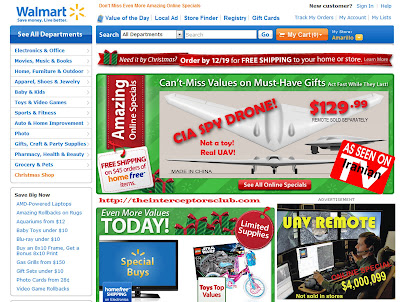