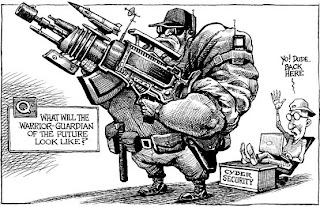 SEOUL, South Korea (AP) - Two South Korean government websites were struck by the second cyberattack in a week, but suffered no major damage, the government said Saturday. Most of the computers trying to access the websites were traced to China, the Ministry of Public Administration and Security said in a statement. The Korean Culture and Information Service and the Justice Ministry were the targets of the so-called denial of service attacks on Friday, in which large numbers of computers try to connect to a site at the same time to overwhelm the server, the statement said.

The security ministry said it quickly blocked access by 274 computers with Internet Protocol addresses - the Web equivalent of a street address or phone number - mostly in China. On Wednesday, similar attacks originating from China occurred on a site run by the security ministry.

The statement said it was investigating who was behind the attacks. Last year, government websites in South Korea and the U.S. were paralyzed by similar cyberattacks that South Korean officials believed were conducted by North Korea. South Korean media have reported that North Korea runs an Internet warfare unit aimed at hacking into U.S. and South Korean military networks to gather information and disrupt service. The two Koreas are still technically at war because the three-year Korean War ended in 1953 with an cease-fire, not a peace treaty.
Posted by Steve Douglass at 7:11 AM No comments: