Mars may be toxic but could still support life.

CNN) -- Scientists working with NASA's Phoenix Lander are reasonably sure they have detected a toxic chemical in the soil near the north pole of Mars.

The Phoenix lander's inverted scoop prepares to take soil samples on Mars in this undated image.

But they say hearty strains of microbes might be able to live there anyway -- and even thrive on it. 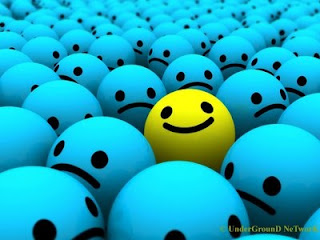 "This is an important piece of the puzzle as we attempt to determine whether habitable conditions exist for microbes on Mars," said Phoenix principal investigator Peter Smith, of the University of Arizona. "In itself, it is neither good nor bad for life."

The chemical, perchlorate, is an oxidant widely used in solid rocket fuel, but can also be naturally occuring on Earth. It is found in soil of Chile's barren Atacama desert -- generally believed to be one of the most lifeless places on Earth -- but scientists have been able to isolate strains of bacteria living in that soil.

Read the entire story at CNN.com by visiting the link under the "Topical Links" page at the top right.
Posted by Steve Douglass at 7:47 PM No comments:

Lawmakers from Washington state threatened congressional action Wednesday as the Pentagon opened a second round of bidding for a $35 billion Air Force tanker contract.

Sen. Maria Cantwell, D-Wash., said she will block Senate action on President Bush's nomination of Michael Donley to be Air Force secretary because she is not satisfied that he and Pentagon officials will conduct a fair rebid.

Under Senate rules, any senator can prevent action on a nomination or legislation by issuing a "hold," or block. Cantwell said she will continue the hold until her concerns about the tanker competition are resolved.

Read the entire article at the Seattle Times link under "Topical Links" in the top right menu.

The proposal, the latest in a six-year effort to secure new tankers, seems to favor the design offered by Northrop Grumman Corp. and Airbus parent European Aeronautic Defence and Space Co., which is locked in a bitter battle with Boeing Co. for the lucrative deal, said Rep. Norm Dicks, D-Wash.

The revision "includes substantive changes that appear to favor a tanker larger than any real-world scenarios would require," Dicks said.

"Since the department seems to be confused on what type of tanker it believes is needed at this time, I believe that moving forward with such a large procurement in such a precipitous manner is inadvisable, and I believe that it's time for Congress to exert greater control of this process," he said.

"After going round after round on one of our military's most important and critically needed procurements, this draft RFP (request for proposals) changes the rules of the game in overtime," said Sen. Patty Murray, D-Wash.
Posted by Steve Douglass at 6:33 PM No comments:

Intercepted on 356.600 MHZ - "SILVER 52" declaring an in flight emergency due to a problem with his number seven engine.

He was talking via a phone patch to RICHMAN and said they were declaring an IFE and would be landing in 30 minutes.

I'm guessing Silver 52 is a B-52 because I don't know of any other USAF aircraft that has that many engines.

Update: After listening to the intercept many tiimes, I believe the call may be SABRE 52. This may be a B-52 returning from RED FLAG.

Listen for yourself at the link at the right and let me know what you think.


Update: I received a few e-mails regarding this post asking me if the aircraft landed safely. I'm assuming it did because I would have seen something on the news wires if it happens.

An engine out on an eight engined powered aircraft is no big deal, unless it is on fire, which I don't think it was. I'm pretty sure declaring an IFE is SOP with any engine problem.

On the lighter side, a buddy e-mailed me his favorite B-52 joke.


An F-16 was flying alongside a B-52 as escort over Iraq during Operation Desert Storm.

This was well after the Iraqi AIr Force had been so pummeled by the USAF that they didn't dare send as much as a kite up into the air with out fear of calling down the wrath of God on their heads, but still, F-16s were sometimes sent along just in case someone did decide to take a pot-shot at the big lumbering BUFFs.

Anyway, after dropping its tonnage, the F-16s and B-52s set up for a long and uneventful high-altitude trip home.

Bored, the F-16 jockey radioed the B-52 pilot and said "Bet you can't do this!" and then executed a beautiful T-Bird inspired spiraling barrel roll.

After a minute the puzzled F-16 pilot flying off his wing, still expecting the BUFF to perform some type of aerial maneuver radioed back, " Bet I can't do what? I didn't see you do anything?

The smug BUFF pilot radioed back.

"I just turned off an engine."


-Steve
Posted by Steve Douglass at 12:11 PM No comments: