VIDEO: B-2 at 20: "For those of'us who weren't there, Northrop Grumman has posted a quite nicely edited video of the July ceremony at Palmdale to celebrate the 20th anniversary of the B-2's first flight. Still not sure I like the stealth bike, though...

Posted by Steve Douglass at 5:37 PM No comments:

Cannon col. wants more housing in Clovis area: "CLOVIS, N.M. — A Cannon Air Force Base commander says he would like to see Clovis and Portales build at least 440 new homes in the next five years to house military families.Col. Stephen Clark, commander of the 27th Special Operations Command Wing, says the base is quickly reaching capacity on housing it has for the base’s transition.Clark says Cannon is expected to undergo major changes over the next two years. The base projects its manpower will be 4,900 people.Clark expects two-thirds of Cannon personnel to live off-base. He says Cannon’s dormitories are at 98 percent capacity.Base officials expect to fill 1,053 housing units by January. These units are at 76 percent capacity now.Cannon expects to spend nearly $218 million next year, and up to $256 million by 2015."

Posted by Steve Douglass at 5:37 PM No comments:

Posted by Steve Douglass at 5:36 PM No comments: 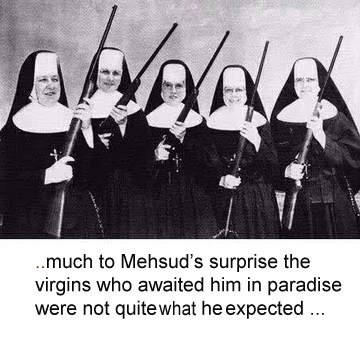 DERA ISMAIL KHAN, Pakistan – Pakistan's Taliban chief Baitullah Mehsud, who led a violent campaign of suicide attacks and assassinations against the Pakistani government, has been killed in a U.S. missile strike, a militant commander and aide to Mehsud said Friday.

Taliban commanders were meeting to decide on his successor, intelligence and militant sources said.
Earlier, Foreign Minister Shah Mahmood Qureshi said intelligence showed Mehsud had been killed in Wednesday's missile strike on his father-in-law's house in Pakistan's lawless tribal area, but authorities would travel to the site to verify his death.
Pakistani and U.S. intelligence officials said the CIA was behind the strike. All spoke on condition of anonymity because of the sensitivity of the matter.

"I confirm that Baitullah Mehsud and his wife died in the American missile attack in South Waziristan," Taliban commander Kafayat Ullah told The Associated Press by telephone. He would not give any further details.
Mehsud's demise would be a major boost to Pakistani and U.S. efforts to eradicate the Taliban and al-Qaida, but would not necessarily deal a definitive blow to the Taliban in Pakistan. Mehsud has deputies who could step into his place.

Pakistani intelligence officials and Taliban sources, speaking on condition of anonymity, said Taliban commanders were meeting in the lawless tribal areas Friday to choose a replacement. It was unclear when they might reach a decision.

The officials spoke on condition of anonymity because of the sensitivity of the issue.

Whether a new leader could wreak as much havoc as Mehsud depends largely on how much pressure the Pakistani military continues to put on the network, especially in South Waziristan in Pakistan's tribal belt. The mountainous region has a leaky border with Afghanistan and fiercely independent, heavily armed tribes hostile to interference by outsiders. The Pashtun tribes from which the Taliban draws most of its fighters straddle both sides of the border.

Although Mehsud's stronghold in South Waziristan does not directly border Afghanistan, he was known to have ties to other commanders acting on the frontier and was believed to give refuge to Taliban fighters in Afghanistan who move freely back and forth across the border.

Mehsud has al-Qaida connections and has been suspected in the killing of former Pakistani Prime Minister Benazir Bhutto. Pakistan views him as its top internal threat and has been preparing an offensive against him.

For years, the U.S. considered Mehsud a lesser threat to its interests than some of the other Pakistani Taliban, their Afghan counterparts and al-Qaida, because most of his attacks were focused inside Pakistan, not against U.S. and NATO troops in Afghanistan.

That view appeared to change in recent months as Mehsud's power grew and concerns mounted that increasing violence in Pakistan could destabilize the U.S. ally and threaten the entire region.

The Pakistani intelligence officials said Mehsud's body was buried in the village of Nardusai in South Waziristan, near the site of the missile strike.
Posted by Steve Douglass at 6:48 AM No comments: