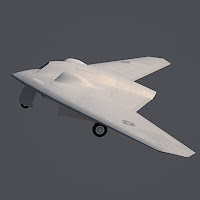 It's an intriguing scenario - worth of a novel or a movie - a super secret US spy drone gets "hacked" by unfriendly forces.

It's so intriguing that this author wrote a novel based on that very premise titled; The Interceptors Club & The Secret of the Black Manta.

Then tonight came the news that Iran has claimed to have "hacked" one of the US's stealthy secret drones officially known as the RQ-170 Sentinel - or as "stealthies" have come to know it as "The Beast Of Kandahar."

I research what I write - and can say without a doubt - it may be possible - but not very probable. It would require highly compartmentalized top secret inside information and sophisticated super-computer hacking capabilities along with considerable signal intercept capabilities the likes Iran does not have.

Techies are quick to point out that a few years ago insurgents were eavesdropping on the unencrypted video feeds of Predator drones. (see link here)

In that case it was clear that US military planners underestimated the technical sophistication of the enemy, compounded by rushing Predators into service without enough encrypted satellite feeds to handle them all and (as a result) Iraqi insurgents (using a cheap piece of software called "SkyGrabber") were able to not only tell when they were being watched but could actually intercept the video and watch it live.

Technically this isn't "hacking" because it didn't allow the insurgents to get inside the UAV control system, and the video feeds were being broadcast in the clear.

However, being able to watch the Predator feeds did provide insurgents with valuable intelligence and advanced warning whenever (and wherever) the UAV were up and hunting.

Since then, sources inside the military say the fix is in - and all feeds are now encrypted. Proof is in the incredible success the US has had (this year alone) in hunting down and blowing up high-ranking terrorist insurgents - over eighty at last count.

That said - it's a given that UAV control links are also encrypted and very hard to intercept.

UAVs (even semi-autonomous ones like the RQ-170) are directed via redundant narrow-banded frequency-hoping microwave (Low Probability of Intercept) KU Band satellite links that are incredibly difficult to detect let alone capture - or for that matter hack into.

If it was at all possible to hack the UAV control path - it would require a supercomputer - or better yet - a bank of supercomputers to break the encryption - and even that night not work.

Could it be that Russia who covets Iran's oil and has helped them immensely (in their quest to acquire the bomb) may have helped Iran "hack" into the US's super stealthy spy drone control system - hijacking it or causing it to crash?

Probably not - but if there is even the slightest possibility chances are US military strategists and planners will be burning the midnight oil to find out.

But - then comes the reality check. First, the obvious question, how would Iran know when a stealthy drone is in the local airspace available to hack - when they don't show up on radar?

Iran's radar is fairly sophisticated - obtained from (who else) Russia and even as such is still not much of a threat to a stealth drone (such as the RQ-170) cruising at 90,000 feet. It is a fact - all American stealth aircraft are designed around defeating Russian military radar systems - including the dumbed-down versions they sale for export.

Not only is the RQ-170 stealthy - it is small and the chances are one was detected are incredibly slim.

But what if - and I'm just spit balling here- - Iran knew whenever a RQ-170 was flying over their country - say through some mustache twirling b-movie secret agent - an imbedded Boris - as it were- alerting them to the overflights - routes -frequencies used etc.

Could they somehow (assuming they had the technical know-how, and the flight control software and (incredibly) were able to crack the frequency hopping signals that tell the drone what to do - hijack the Beast of Kandahar?

Before launch, UAVs like the RQ-170 are set up via a direct wired connection with special authentication keys that can't be snatched out of the airwaves. When queried by the satellite link controlling the drone - all authentication keys must match with the ground/mobile station. If the authentication fails - the link is rejected. If no authenticated link can be established, the drone is programmed to fly back to it's point of origin or other landing sites under friendly control.


However, I can't help but imagine a movie scene - drone controllers at Creech AFB are pulling their hair out because they can't control their secret sky spy.

Someone frantically pushes a button to trigger a self-distruct - and nothing happens.

The drone controllers watch helplessly as their secret stealth UAV soft-lands in Iran, only to be circled by grinning Iranian military, giving Uncle Sam the middle finger and chanting "Allahu Akbar" as they dance and fire their AK-47s in celebration.

It's easy for fiction writers to invent the perfect black box to make the hijacking of a drone seem plausible - but in reality - what most likely happened was a malfunction that resulted in a crash.

But still - could it have been shot down - as Iran claims?

Again, stealthy high flyers such as the RQ-170 are virtually invulnerable when it comes to enemy fire. Bullets won't reach and even high-flying missiles can't lock on a small stealthy UAV.

Although Iran is boasting it shot down a drone - they've been known to lie.

Iran has downed (or claimed) to have downed several Israeli drones - but the photos they have released aren't of stealthy high-flyers.

The majority of the downed drones are short-range, low altitude or hand launched mini drones - the kind vulnerable to small arms fire.

However - there is another possible way to down a high flying UAV like the RQ-170 and it doesn't require hacking or jets, bullets or bombs. What it does require is some advanced technical ability and a unique weapon - something Russia is known to have in it's arsenal.

The Russians are geniuses at building jammers.

According to a story on AFP (published in October) : "Russia has sent a set of mobile radar jammers to Iran and is negotiating future deliveries that Moscow believes do not contravene the current UN sanction regime on the Islamic state, an official said Tuesday.

The Avtobaza truck-mounted jammers are a part of a broader line of arms that Russia hopes to sell Iran despite concerns over Tehran's nuclear programme, the deputy head of the military and technical cooperation agency said.

"This is a defensive system," the agency's deputy director Konstantin Biryulin was quoted as saying by the state RIA Novosti news agency. 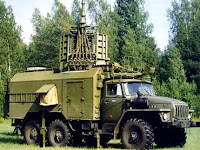 "We are not talking about jets, submarines or even S-300 (missile) systems. We are talking about providing security for the Iranian state."

So that's how you down a UAV.

Once you know it's up - you clear the airspace and pump the airwaves so full of radiated microwave power the UAV can't hear - goes dumb - or the microwaves overload and burn out the autonomous brain - causing the UAV to wander aimlessly, eventually running out of fuel and crashing in Iran.

To down a drone, no hacking is needed. Just blast it with radio waves.

But the worlds' media has already seized on the remote possibility that the UAVS can be "hacked" or "hijacked" because it -well - sounds cool and sinister and dredges up all kinds of scary possibilities.

So how about implanting a virus? Wasn't something like that in the news not too long ago?


A recent article on a virus that infected the cockpits of America’s Predator and Reaper drones was given more press than it deserved. It was a common type - a keystroke logger - the same type your computer can get - and has been removed.

The virus probably entered the system via an infected USB thumb drive. Once found it became clear it wasn't engineered to take over the control of a military drone and in fact was quite ineffectual.
Reaper & Predator drones aren't hooked up to the Internet so there was no-way for the virus to transmit its' acquired keystoke data to whomever engineered it.

However, it's a sexier story to imagine UAVs hijacked by an enemy uber-hacker to maybe even turned against us - plus -it gives the the media the excuse to use the new cool-sounding-term: "new cyber-warfare!"

It's catchy - but in the end the odds are that the drone that crashed- just crashed on its' own.

However, just in case - Steven Spielberg is reading this - I better start working on a movie script version of my novel. 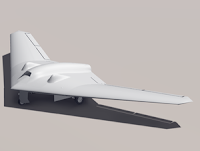 Iran is in possession of a RQ-170 Sentinel drone that went missing over the Islamic Republic, U.S. military sources told Fox News on Monday.
The Sentinel is the same kind of stealth high tech drone that was used to monitor the compound during the raid that killed Usama bin Laden in Pakistan, the sources said.

The sources confirmed the Iranians have the drone, however, they did not say that the Iranians shot down the spy plane, as was reported by Iran's official IRNA news agency.

"An advanced RQ-170 unmanned American spy plane was shot down by Iran's armed forces. It suffered minor damage and is now in possession of Iran's armed forces," IRNA quoted an unidentified Iranian military official saying Sunday. The official also warned of strong and crushing response to any violations of the country's airspace by American drone aircraft.

Earlier, the U.S.-led coalition in Afghanistan issued a statement saying the aircraft may have been a drone that operators lost contact with last week while it was flying a mission over neighboring western Afghanistan.
A U.S. official, who spoke on condition of anonymity because of the classified nature of the incident, said the U.S. had "absolutely no indication" that the drone was shot down.

Iran is locked in a dispute with the U.S. and its allies over Tehran's disputed nuclear program, which the West believes is aimed at developing nuclear weapons. Iran denies the accusations, saying its nuclear program is entirely peaceful and that it seeks to generate electricity and produce isotopes to treat medical patients.
The RQ-170 Sentinel is made by Lockheed Martin and is equipped with stealth technology.

Iran said in January that two pilotless spy planes it had shot down over its airspace were operated by the United States and offered to put them on public display. In July, Iranian military officials showed Russian experts several U.S. drones they said were shot down in recent years.

Sen. Mark Kirk, R-Ill., told Fox News on Monday that "it's less likely than not" that the Iranians did not shoot down the plane, but it had a mechanical or computer malfunction that caused it to go down "and then used it for propaganda purposes."
"In the past, they have claimed these shoot-downs and been unable to produce any pieces of the drone, and currently, they have not exhibited any piece of the RQ-170 yet," he said
Posted by Steve Douglass at 9:41 AM No comments: