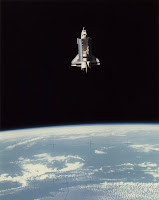 If all goes well, Discovery should be ready to launch on Dec. 3 at 2:52 a.m. EST (0752 GMT), NASA officials said in an update. A series of safety reviews is still ahead before the shuttle is completely cleared for flight, they added.

Discovery has been stuck on Earth since Nov. 5, when a potentially dangerous hydrogen gas leak on the shuttle's external tank forced NASA to stand down for repairs. Foul weather and other glitches thwarted several earlier launch attempts that week.

Since then, NASA engineers have replaced a misaligned seal to plug the hydrogen leak and are now working to reinforce metal ribs on the external tank where cracks were discovered while the leak repairs were being performed.

The cracks are on two of 108 metal ribs around the upper middle portion of the tank that provide structural support. There are two cracks on each of the ribs. NASA shuttle technicians are installing double-wide ribs – called doublers – to reinforce the cracked areas.

Another crack, this one in the exterior foam insulation on Discovery's fuel tank, will also be repaired.

While the fuel tank rib repairs are under way, NASA shuttle program managers plan to review their rationale for flying Discovery with the repairs. If during that meeting, slated for Nov. 24, shuttle officials agree that Discovery is ready to fly, the space agency will hold a final review on Nov. 29 to clear the shuttle for liftoff, NASA officials said.

NASA's upcoming STS-133 shuttle mission will be the final flight of shuttle Discovery before it is retired along with the rest of the U.S. orbiter fleet in 2011.

The 11-day mission will send a crew of six astronauts to the International Space Station to deliver a storage room for the orbiting lab, as well as a humanoid robot built designed to help astronauts with work in space. Two spacewalks are planned.

NASA's upcoming window to launch Discovery opens on Nov. 30 and will close around Dec. 6 to avoid heating concerns caused by unfavorable sun angles at the space station after that, agency officials have said. NASA's shuttle Endeavour is scheduled to fly to the station during the next available window, which opens in late February.

NASA is retiring the space shuttle fleet to make way for a new plan aimed at sending astronauts to visit an asteroid by 2025. After Discovery's flight, NASA has only one more mission – Endeavour's – scheduled before the fleet is retired.

Search on for missing F-22 pilot 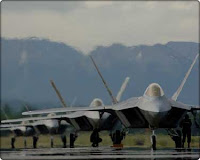 Dozens of Army and Air Force personnel and vehicles are heading into the Alaska wilderness 100 miles north of Anchorage to search for the missing pilot of an F-22 Raptor that crashed Tuesday night.

The stealth fighter jet vanished from radar and lost contact with its wingman at about 7:40 p.m. Tuesday. After spotting wreckage Wednesday morning, pararescuemen with the Alaska Air National Guard landed at the crash site.

"They said it looked like a crater," said Maj. Guy Hayes with the Guard's Rescue Coordination Center. "There was a stream nearby that was creating a lot of water in the crash site."

The searchers did not find the pilot, identified as Capt. Jeffrey Haney by his stepdad in the Jackson Citizen Patriot, a Michigan newspaper. The Air Force would not name the pilot until they found him, spokesmen said. Haney has a wife and two daughters, according to the Citizen Patriot.

After spending Tuesday night scanning the mountainous area southeast of Cantwell, searchers resumed Wednesday and spotted what looked like the crash site south of the Denali Highway The crater is in a drainage between two mountains and had partially filled with water, Hayes said.

Joint Base Elmendorf-Richardson spokesman John Pennell said they plane was not carrying explosives but did have flares and chaff onboard, as well as training rounds.

Hundreds of Air Force and Army personnel are helping with the "huge logistical operation" of a ground search for the pilot, Pennell said. The state Department of Transportation is plowing roads in the area to help get equipment to the area as the search moves into a more long-term phase, Pennell said. A convoy of Army and Air Force vehicles was on its way to the area, he said. 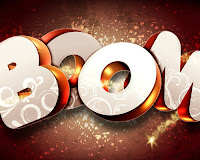 (CNN) -- Police in Scotland are investigating a mysterious explosion in a forest, authorities said Thursday.

Police received a report from a citizen of what sounded like a blast in Garadhban Forest in Gartocharn about noon local time Wednesday, Strathclyde police said in a written statement. Officials responding to the report "discovered some damage to the wooded area within the forest that would suggest some short of explosion had occurred," the statement said.

"I would stress that the site is secure and that there is no risk to public safety," said Chief Superintendent Calum Murray, divisional commander for Argyll, Bute and West Dunbartonshire, in the statement. He said agencies from across the United Kingdom are assisting in the investigation, and asked anyone who has seen anything suspicious to notify police.
Gartocharn is about 20 miles northwest of Glasgow, Scotland
Posted by Steve Douglass at 9:49 AM No comments: