Mother of Boston bomber is a "person of interest." in radicalization of her sons. 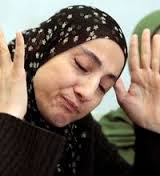 The mother of the Boston Marathon bombing suspects is a "person of interest" to federal authorities seeking to learn who radicalized one or both of her sons, according to lawmakers, and a separate report said she was on a federal terrorism database some 18 months before the attack.

Zubeidat Tsarnaeva, who had reportedly become more militant in her Muslim faith around the same time as her son, Tamerlan Tsarnaev, was added to the classified intelligence database known by the acronym TIDE at the CIA's request. Two key lawmakers said authorities now want to know if she helped put her son, who died a week ago following a shootout with police in Massachusetts, on the road to radicalism.

"She is a person of interest that we're looking at to see if she helped radicalize her son, or had contacts with other people or other terrorist groups," Rep. Dutch Ruppersberger, D-Md., the top Democrat on the House Intelligence Committee, told reporters.

Rep. Michael McCaul, R-Texas, who chairs the House Homeland Security Committee, also pointed to Zubeidat as someone who may have led Tamerlan down the path toward Islamic extremism.

"The mother in my judgment has a role in his radicalization process in terms of her influence over him (and) fundamental views of Islam," McCaul said.

Tsarnaeva was put on the database after Russia told the CIA the mother and son were religious militants preparing to travel to Russia, the AP reported. It has already been widely reported that Tamerlan Tsarnaev, the 26-year-old suspect who died after a shootout with police in Massachusetts a week ago, was on the list.

The Terrorist Identities Datamart Environment database contains between 500,000 and 1 million names of people on the radar of various national security agencies, but a person's presence on the list does not automatically mean he or she is suspected of terrorist activity and does not automatically subject them to surveillance, security screening or travel restrictions.

NEW YORK (WABC) -- A part of a landing gear, apparently from one of the commercial airliners destroyed on September 11, 2001, has been discovered near Ground Zero.

The part was wedged between the rear of 51 Park Place and the rear of the building behind it, 50 Murray Street, in lower Manhattan, police say.

The NYPD is securing the location as it would a crime scene, documenting it photographically and restricting access until the Office of the Chief Medical Examiner completes its health and safety evaluation protocol.

A decision will then be made concerning sifting the soil for possible human remains. The aircraft part will not be removed until the process is completed, at which point it will secured by the NYPD Property Clerk. The part includes a clearly visible Boeing identification number.

The investigation began after surveyors hired by the property owner who were inspecting the rear of 51 Park Place on Wednesday called 911 at approximately 11 a.m. to report what they identified as apparent damaged machinery behind the building there.

LINK TO PHOTOS
Posted by Steve Douglass at 1:43 PM No comments: