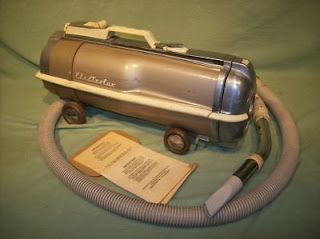 WASHINGTON (AP) — Confined to the basement of a CIA secret prison in Romania about a decade ago, Khalid Sheikh Mohammed, the admitted mastermind of the 9/11 terrorist attacks, asked his jailers whether he could embark on an unusual project: Would the spy agency allow Mohammed, who had earned his bachelor's in mechanical engineering, to design a vacuum cleaner?

The agency officer in charge of the prison called CIA headquarters and a manager approved the request, a former senior CIA official told The Associated Press.

Mohammed had endured the most brutal of the CIA's harsh interrogation methods and had confessed to a career of atrocities. But the agency had no long-term plan for him. Someday, he might prove useful. Perhaps, he'd even stand trial one day.

And for that, he'd need to be sane.

"We didn't want them to go nuts," the former senior CIA official said, one of several who spoke on condition of anonymity because they were not authorized to talk about the now-shuttered CIA prisons or Mohammed's interest in vacuums.

So, using schematics from the Internet as his guide, Mohammed began re-engineering one of the most mundane of household appliances.

That the CIA may be in possession of the world's most highly classified vacuum cleaner blueprints is but one peculiar, lasting byproduct of the controversial U.S. detention and interrogation program.

By the CIA's own account, the program's methods were "designed to psychologically 'dislocate'" people. But once interrogations stopped, the agency had to try to undo the psychological damage inflicted on the detainees.

The CIA apparently succeeded in keeping Mohammed sane. He appears to be in good health, according to military records.

READ THE REST OF THE STORY HERE
Posted by Steve Douglass at 6:47 AM No comments: