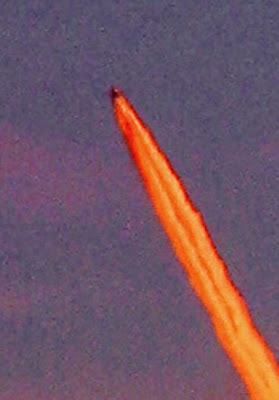 I shot these this morning while I was out trying to capture some sunrise photos from the balcony of my apartment complex in Amarillo. It was moving very fast and high. No sound or booms were heard and no radio traffic concerning what i called "the whoosh" were recorded.

Whatever it was it was a high fast mover. Enlargement shows a small dark non-cruciform object leaving the contrail. 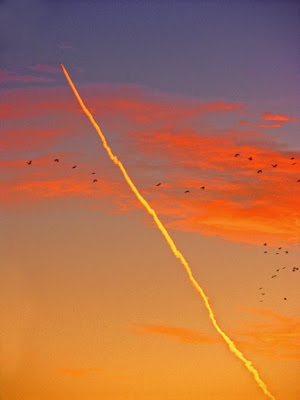 Traveled from SE to NW across the horizon in about five minutes. 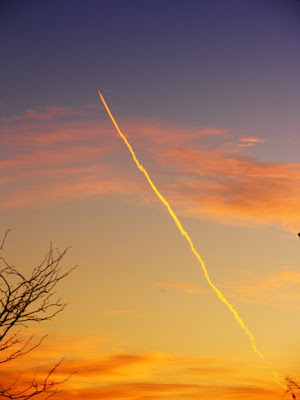 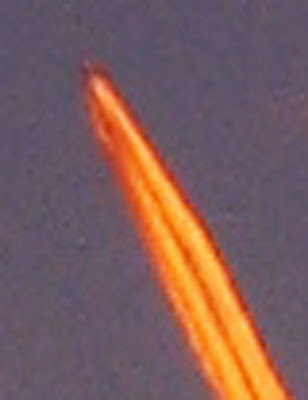 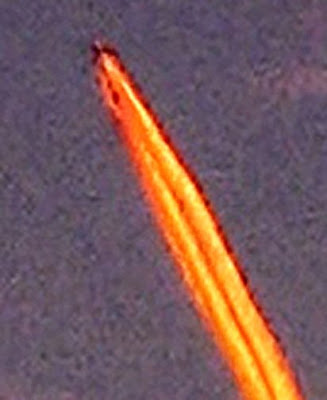 Another photo I took with my Nikon D-70s 6.2MP and a wider lens showing relative scale and position in the sky. 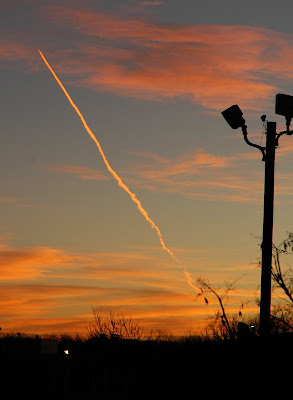 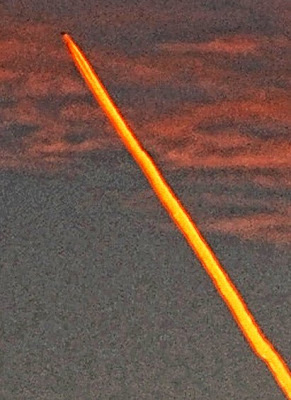 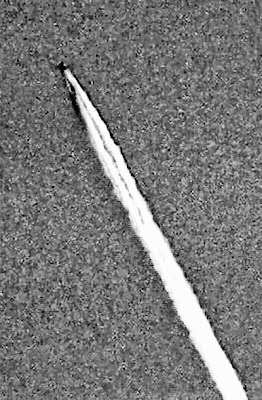 Comparison photo of jet contrail taken hours later from same viewpoint.
Note: According to my aircraft radio, this aircraft was identified as Southwest Airlines carrier flying at 33K. 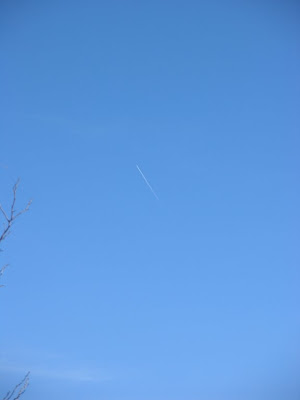