Posted by Steve Douglass at 7:09 PM No comments: 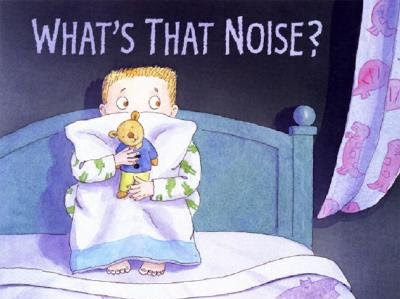 Brad McGavock was on duty this morning when we called the Tulsa National Weather Service office about the possible meteor ripping through the sky.

"Around 8 p.m. there was reported to be a sonic boom that was heard over the DFW area."

McGavock says there was a report that a highway patrolman inadvertantly caught a glimpse of the sighting.

"His dash cam on his car actually recorded the meteor as it went through the sky."
He says the FAA confirmed that the object indeed was a meteor.

Some people said the object had a long tail and that it appeared to fall apart. Others said they heard or felt an explosion as it passed.

Police, fire and weather officials all reported receiving a high volume of calls.
Information from the American Meteor Society said that the object was a bolide.

A bolide is a fireball or very bright meteor.

It explodes often with visible fragmentation and sometimes a sonic boom, according to AMS.


But wait there's more? Strange noises from the sky are coming in from around the globe - with explanations ranging from meteors to "Auroral noise " to Gabriel's horn calling down the Apocalypse.


Here are a few related videos:


From my hometown of Amarillo:

Maybe this explains it?

If you happen to be reasonably close to one of the Earth’s magnetic poles, the next time there’s a particularly intense aurora, go outside. Get as far as you can from sources of noise – traffic, barking dogs, TVs – and listen. Listen carefully.

If conditions are right, you may hear some unusual noises. Earwitnesses have said the sound is like radio static, a small animal rustling through dry grass and leaves, or the crinkling of a cellophane wrapper. Inuit folklore says it’s the sound of the spirits of the dead, either playing a game or trying to communicate with the living.

It’s the sound of the aurora itself. And the cause is currently unknown. Understanding the phenomenon is made more difficult by the fact that though there are many anecdotal reports, the sound has yet to be recorded.

Aurora displays are caused by the solar wind interacting with the Earth’s magnetic field and atmosphere. Because these interactions happen at altitudes of at least sixty kilometers, the sounds heard cannot be made by the aurora directly. Even if the air up there were dense enough to support sound waves, they would disperse and fade long before they reached the ground.

The sounds aren’t common, and there doesn’t seem to be any consistency in their occurrences. What’s more, one observer of an aurora may hear the sounds distinctly, while another observer of the same display– even at the same location– may not.

The inconsistency makes it difficult to determine the underlying cause of the sounds. As with any faint phenomenon that is difficult to observe and study, theories abound. One hypothesis claims it’s all in the observer’s head. Modern media has made us used to hearing sound along with visual display, so we sometimes believe we are hearing things even when there is no actual sound. But this doesn’t account for those Inuit legends that predate the technological era, nor does it account for observations made by blindfolded or indoor observers.

Another theory also claims it’s all in your head, but for a different reason. Electrophonic hearing is the direct stimulation of the auditory nerves by external electromagnetic fields. There are reports of people hearing “clicks” and “pops” coincident with lightning flashes, and well ahead of any thunder, that can only be explained this way.


The theory is unable to explain why only the sense of hearing is affected – though there are rare reports of people noting odd smells accompanying an aurora display.

The Earth did experience a solar storm last week: Here's an excerpt from a report on this storm:

A wave of charged particles from an intense solar storm is pummeling the Earth right now. NASA scientists say.

The storm began when a powerful solar flare erupted on the sun(Jan. 23), blasting a stream of charged particles toward Earth. This electromagnetic burst, called a coronal mass ejection (CME), hit Earth at about 9:31 a.m. EST (1430 GMT), according to scientists at the Space Weather Center at NASA's Goddard Space Flight Center in Greenbelt, Md.

"It's a minor to moderate storm," Yihua Zheng, a lead researcher at the Space Weather Center, told SPACE.com. "Probably in the next 10 hours or so, people at high latitudes can see auroras. This could maybe cause communication errors at the polar caps, but the magnetic activities are probably not too strong."
The northern lights displays will be especially visible for people in northern latitudes where it is currently night.

"For parts of Europe already, and further points to the east, we should expect to see strong magnetic storm conditions," Harlan Spence, an astrophysicist at the University of New Hampshire, director of its Institute for the Study of Earth, Oceans, and Space, told SPACE.com. "There's a very good chance tonight that we'll be seeing some very strong auroral displays. Typically auroras occur at relatively high latitudes, but for events like this, you could get auroras down at mid to low latitudes."

When a coronal mass ejection hits Earth, it can trigger potentially harmful geomagnetic storms as the charged particles and the fields within it interact with the planet's magnetic field lines. This can amp up normal displays of Earth's auroras (also known as the northern and southern lights), but a strong CME aimed directly at Earth can also cause disruptions to satellites in orbit, as well as power grids and communications infrastructures on the ground.

The recent solar flare set off an extremely fast-moving CME, Zheng said, and the associated radiation storm was the strongest since 2005. But the ejected cloud of plasma and charged particles was not directly aimed at Earth, and is hitting the planet at an angle instead. This glancing blow will likely lessen any impacts on Earth, she added.

But wait - maybe it's a sign of the coming 2012 Apocalypse or the magnetic poles flipping? Here's an interesting video:

Then there are those who suggest we are all the victims of a viral advertisng campaign as suggested HERE. 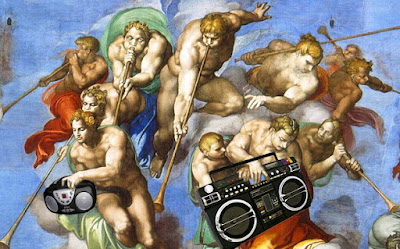 Or how about emitted from flying triangles? Spoiler alert: bad audio dub to follow:


It's getting weird out there folks!
Stay tuned!

This just in - a smoking gun? Could the sky sounds all be a fake?
THE LINK IS HERE! 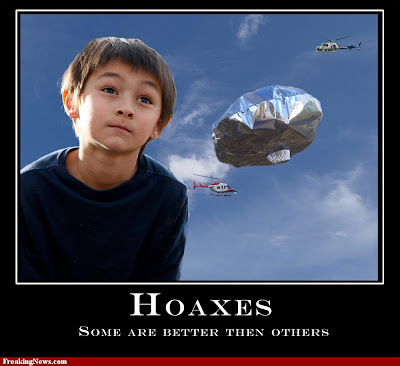 Posted by Steve Douglass at 11:25 AM No comments:

Every drone is better with BACN!

After the BACN payloads have been integrated on the Block 20 Global Hawks, the aircraft will be designated as USAF EQ-4B unmanned systems, providing long endurance and high persistence gateway capabilities.