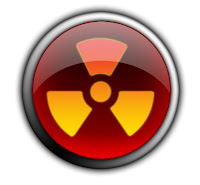 Both defendants have pleaded not guilty.
Posted by Steve Douglass at 1:33 PM No comments:

Chinese Defense Minister Liang Guanglie said on state-run television that his country's "research and development of weapons systems are absolutely not intended for targeting any country, and will not pose a threat to any country in the world."
"The Sino-U.S. military relationship has new opportunities for development," Liang told state-run newspaper China Daily. "It also faces challenges," he said, likely referring to the U.S. sale of 60 Black Hawk helicopters, 114 advanced Patriot air defense missiles, a pair of Osprey mine-hunting ships and dozens of advanced communications systems to longtime Chinese adversary Taiwan.

The talks come after tensions flared over a series of heightened security issues between the two countries, including China's development of a radar-evading fighter jet.

Rare look inside Chinese military base 2009: China's military power 2009: China's
Images and cell phone video of the stealth fighter, known as the J-20, being tested on a runway surfaced recently on the internet.
"I think that what we've seen is that they may be somewhat further ahead in the development of that aircraft than our intelligence had earlier predicted," said Gates, saying earlier that it would not be fully operational until 2020 or 2025.

Analysts believe the J-20 stealth fighter will have the radar-evading capability of fifth-generation fighters produced by the United States, such as the F-22 and F-35.
But Gates questioned how advanced that capability will be.

The defense secretary said he is still concerned about Chinese progress in developing an anti-ship cruise and ballistic missile that could potentially target U.S. vessels in the region, calling for more cooperation between the two countries.
"Our two nations now have an extraordinary opportunity to define our relationship, not by the obstacles that at times divide us, but by the opportunities that exist to foster greater cooperation and bring us closer together," Gates said Monday. This is his second visit to China since he assumed the post in December 2006.

Read Aviation Week's much better analysis of the J-20 HERE
Posted by Steve Douglass at 12:29 PM No comments: