Posted by Steve Douglass at 6:07 PM No comments: 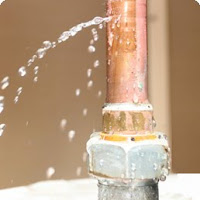 The US military has assembled a 120-member team to prepare for the expected publication of some 400,000 Iraq war documents on the Wikileaks website.

The Pentagon said it wants the documents back to avoid potentially damaging information being released.

The timing is unclear but it would dwarf Wikileaks' July publication of more than 70,000 Afghan war files.

Pentagon spokesman Col Dave Lapan said the team was reviewing the files on the Iraq war to discover what the possible impact of the Wikileaks release could be.

Col Lapan said the files were from an Iraq-based database that contained "significant acts, unit-level reporting, tactical reports, things of that nature".

He said the Pentagon did not know the timing of the leak but they were preparing for it to be as early as Monday or Tuesday.

Other sources said it may come later in the month.

'Smear campaign'
Col Lapan said the files should be returned to the Pentagon because "we don't believe Wikileaks or others have the expertise needed. It's not as simple as just taking out names. There are other things and documents that aren't names that are also potentially damaging."

Wikileaks' release in July of thousands of documents on the war in Afghanistan prompted US military officials to warn that the whistleblower website might cause the deaths of US soldiers and Afghan civilians because some of the documents contained the names of locals who had helped coalition forces.

But US Defence Secretary Robert Gates said in a letter to the head of the Senate Armed Services Committee that the leak had not revealed any "sensitive intelligence sources or methods".

The investigation into the Afghan leak has focused on Bradley Manning, a US army intelligence analyst who is in custody and has been charged with leaking a classified video of a US helicopter attack in Iraq in 2007 in which a dozen people were killed.

The Wikileaks website is currently offline "undergoing scheduled maintenance". Founder Julian Assange is being investigated in Sweden over an alleged sex crime.

He denies the charge and says the the allegations are part of a smear campaign by opponents of his whistle-blowing website.
Posted by Steve Douglass at 5:45 AM No comments: