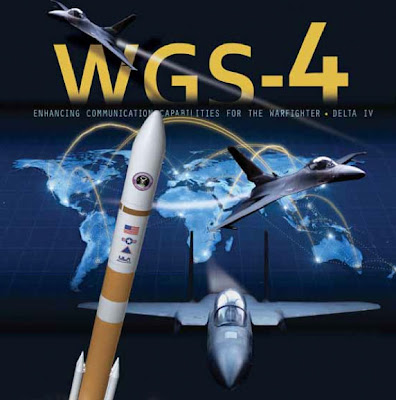 CAPE CANAVERAL, Fla. (AP) - The Air Force has sent into space a satellite that is expected to improve communications with military drones in the Middle East and Southeast Asia.

It's the fourth in a series of military satellites that have been put into place since 2007. The next one is expected to be ready to launch next year.

WGS stands for Wideband Global SATCOM. The satellites are replacing aging Defense Satellite Communications System spacecraft and have 10 times the speed and capacity of the older satellites.
Posted by Steve Douglass at 8:05 AM No comments: