Researchers: dirty bomb most likely method of next terrorist attack ... 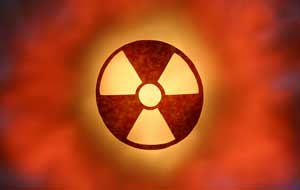 HUFF POST: If Los Angeles were to fall victim to a terrorist attack, one of the most likely methods would be a "dirty bomb," USC researcher Adam Rose told The Huffington Post.
A dirty bomb creates a small explosion that distributes radiation for about a square mile. It is a likely terrorist weapon because it is small enough to fit in a briefcase and because the idea of radiation frightens people.
That fear, in fact, could last for a decade and would cost the city 15 times more than immediate costs, according to a new study by USC and the National Science Foundation.
While previous disaster studies have focused on the initial costs of injuries, cleanup and business closures, this study focused on the psychological effects of an attack, Rose told HuffPost. "Nobody had done that before. And it turned out to be huge," said Rose, who has published economic estimates of the 9/11 attacks and the Northridge Earthquake.
Researchers surveyed 625 people nationwide after showing them a mock newspaper article and newscasts about a hypothetical dirty bomb attack on downtown LA's financial district. One of the mock newspaper articles used can be seen below.
The study found that, after six months, 41 percent of those surveyed would still not consider shopping or dining in the city's financial district. And, on average, employees would demand a 25 percent increase in wages to return to their jobs.
While the initial costs of such an attack would total just over $1 billion, the cost of the effects of the stigma on the area shoots the estimated total up to $16 billion.
However, the psychological costs could be cut nearly in half if policymakers communicate exactly what they're doing at every stage of the clean-up process, Rose said. The study's authors are presenting the study and communication tactics to local, state and federal policymakers.
In addition to LA's financial district, other potential targets could include LA Live and LAX, Rose said.
In regards to the probability of a dirty bomb or other type of terrorist attack on LA, study co-author William Burns told HuffPost, "The probability of different kinds of attacks are not known. The only people who would have any insight about that would be the Department of Homeland Security and that would be highly protected information." However, he did point to the department's list of likely types of attacks.
The study was funded by the U.S. Department of Homeland Security and is part of a special issue of the international journal "Risk Analysis" which showcases USC CREATE’s research of terrorist attacks, natural disasters and their economic impacts.
Posted by Steve Douglass at 3:32 PM