Iran claims to be building copy of US stealth drone ... 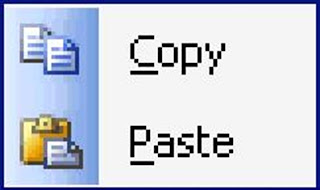 TEHRAN, Iran - Iran claimed Sunday that it had recovered data from an American spy drone that went down in Iran last year, including information that the aircraft was used to spy on Osama bin Laden weeks before he was killed. Iran also said it was building a copy of the drone.
Similar unmanned surveillance planes have been used in Afghanistan for years and kept watch on bin Laden's compound in Pakistan. But U.S. officials have said little about the history of the particular aircraft now in Iran's possession.
Tehran, which has also been known to exaggerate its military and technological prowess, says it brought down the RQ-170 Sentinel, a top-secret drone equipped with stealth technology, and has flaunted the capture as a victory for Iran and a defeat for the United States.
The U.S. says the drone malfunctioned and downplayed any suggestion that Iran could mine the aircraft for sensitive information because of measures taken to limit the intelligence value of drones operating over hostile territory.
The drone went down in December in eastern Iran and was recovered by Iran almost completely intact. After initially saying only that a drone had been lost near the Afghan-Iran border, American officials eventually confirmed the plane was monitoring Iran's military and nuclear facilities.
Washington has asked for it back, a request Iran rejected.
The chief of the aerospace division of the powerful Revolutionary Guards, Gen. Amir Ali Hajizadeh, told state television that the captured drone is a "national asset" for Iran and that he could not reveal full technical details.
But he did provide some samples of the data that he claimed Iranian experts had recovered from the aircraft, state television reported.
"There is almost no part hidden to us in this aircraft. We recovered part of the data that had been erased. There were many codes and characters. But we deciphered them by the grace of God," Hajizadeh said.
Among the drone's past missions, he said, was surveillance of the compound in northwest Pakistan where bin Laden lived. Hajizadeh claimed the drone flew over bin Laden's compound two weeks before the al-Qaida leader was killed there in May 2011 by U.S. Navy SEALs.
He also listed tests and maintenance that the drone had undergone, all of which, he said, had been recorded in the aircraft's memory. According to Hajizadeh, the drone was taken to California on Oct. 16, 2010, for "technical work" and then to Kandahar, Afghanistan, on Nov. 18, 2010.
He said it carried out flights from Afghanistan but ran into some problems that U.S. experts were unable to fix. Then the drone was taken in December 2010 to Los Angeles, where the aircraft's sensors underwent testing, Hajizadeh said.
"If we had not achieved access to software and hardware of this aircraft, we would be unable to get these details. Our experts are fully dominant over sections and programs of this plane," he said.
Hajizadeh said he provided the details to prove to the Americans "how far we've penetrated into this aircraft."
The U.S. Defence Department said it does not discuss intelligence matters and would not comment on the Iranian claims.
The semiofficial Mehr news agency said Iran had reverse-engineered the aircraft and has begun using that knowledge to build a copy of the drone.
Sen. Joe Lieberman, an independent from Connecticut who chairs the Senate Homeland Security and Governmental Affairs Committee, said on "Fox News Sunday" that he views the reports with skepticism.
"There is a history here of Iranian bluster, particularly, now when they are on the defensive because of the economic sanctions against them."
He acknowledged that it was "not good for the U.S. when the drone went down in Iran and not good when the Iranians grabbed it." But the senator said he did not "have confidence at this point that they are really able to make a copy of it."
Iran has gone a long way in reverse-engineering some key technologies in the past three decades, particularly in the areas of nuclear and missile technology.
Iran's famous Shahab-3 missile, first displayed in 1998, is believed to be based on North Korea's Nodong-1 design. Iran obtained its first centrifuge from Pakistan in 1986 and later reverse-engineered it to develop its now advanced uranium-enrichment program.
Centrifuges, which purify uranium gas, are the central component of a process that can make fuel for power plants or — at higher levels of processing — weapons.
However, unlike the situation with the drone, the Iranian government usually touts these achievements as the result of an indigenous, home-grown research.
One area where there is concern is whether Iran or other states could reverse-engineer the chemical composition of the drone's radar-deflecting paint or the aircraft's sophisticated optics technology that allows operators to positively identify terror suspects from tens of thousands of feet in the air.
How much data there is on the drone is another question. Some surveillance technologies allow video to stream through to operators on the ground but do not store much collected data. If they do, it is encrypted.
Media reports claimed this week that Russia and China have asked Tehran to provide them with information on the drone, but Iran's Defence Ministry denied that.


Read it on Global News: Global Edmonton | Iran says it recovered data from captured US spy drone, plans to build copy
Posted by Steve Douglass at 7:38 AM