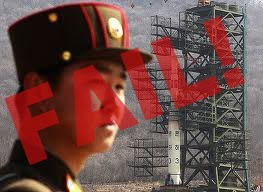 SEOUL—North Korea launched a multistage rocket Friday morning, again defying countries that want it to stop pursuing advanced weapons, but it reportedly blew up less than two minutes into flight and parts crashed in the Yellow Sea off South Korea.

The rocket took off around 7:39 a.m. local time from a new launch facility in the country's northwest corner and flew south towards Japan's Ryuku Islands, the Philippines, Indonesia and Australia.

About 90 seconds into flight, roughly the time its first stage should have burned out and second stage kicked in, the rocket flared brightly and apparently exploded, according to ABC News, which cited U.S. defense officials. Parts fell into water near South Korea's Jeju Island, South Korean media reported. 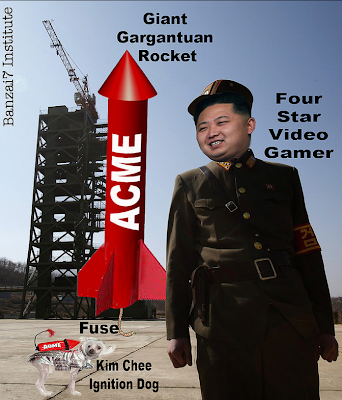 Posted by Steve Douglass at 5:03 PM