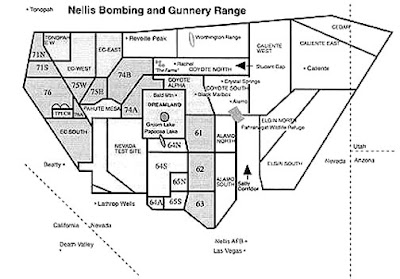 The pilot of a downed F-16C Fighting Falcon remained missing late Tuesday several hours after his jet crashed in a remote area near Caliente during an air-to-air combat exercise, a Nellis Air Force Base official said.

"At this time we are focusing our efforts on the ongoing search-and-rescue mission for the missing pilot," Brig. Gen. T.J. O'Shaughnessy, commander of the 57th Wing at Nellis Air Force Base, said at a news conference shortly before 11 p.m. "What we are looking for now is the parachute and the pilot."

The jet, which went down about 5:30 p.m., did not have live weaponry and was not equipped with an active locating device, O'Shaughnessy said. He described the exercise that preceded the crash as a "dogfight" between two aircraft.

Search-and-rescue teams identified the crash site, which was about 20 miles west of the Lincoln County community on relatively flat land owned by the Bureau of Land Management. Caliente is about 155 miles north of Las Vegas.

O'Shaughnessy did not identify the pilot, who was the only person in the aircraft.

The Nevada Test and Training Range, where the exercise was being conducted, has 12,000 square miles of military operating airspace, but jets such as the F-22 Raptor can cross it in seven minutes, flying at roughly 17 miles per minute.

A trained safety investigation board will collect evidence and try to determine the cause of the crash during the next several weeks, O'Shaughnessy said.

The F-16 Fighting Falcon flies at a maximum speed of about 1,500 mph. It is a fighter jet used by multiple Air Force squadrons, including the Thunderbirds air demonstration team, which is based at Nellis.

The last fatal crash during a combat exercise over the Nellis range complex occurred July 30, 2008, when Lt. Col. Thomas A. Bouley, who commanded the 65th Aggressor Squadron, was killed when his F-15D Eagle fighter jet went down with a Royal Air Force exchange pilot observing from the back seat.

The United Kingdom observer pilot managed to escape the crash by ejecting 740 feet above the high desert terrain of the sprawling training range, 50 miles east of Goldfield.

They found that a yaw-roll phenomenon created a spark of uncontrolled flight that resulted in the jet spinning about 20 times in less than 90 seconds. This caused Bouley to become disoriented and misjudge how close the plane was to the ground.