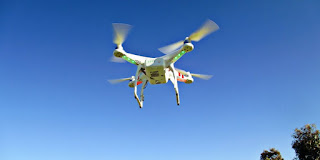 Small, civilian-owned drones can buzz past the US Air Force’s stealthy fighter fleet sitting at domestic bases and the service’s head of Air Combat Command (ACC) has no way to deal with them.

In the course of one day last week, the air force counted two reports of small drones interfering with operations at an ACC base, Gen Mike Holmes told an audience in Washington DC this week. In one incident, a Lockheed Martin F-22 almost collided with a small drone during its final approach and during another, a gate guard watched a drone fly over the top of a gate and tracked the vehicle as it flew over the flight line, Holmes says.

“I have no authority given to me by the government to deal with that,” he says. “Imagine a world where somebody flies a couple hundred of those and flies one down the intake of my F-22s with just a small weapon on it.”

While ACC has no authority to disable or track UAS near its bases, the air force’s nuclear sites are working on getting government approval for deal with gate-crashing drones. Earlier this year, the head of Global Strike Command lamented the complex web of government agencies that must approve a drone defence strategy.

“It’s not a military authority...it’s a civil authority that can the be executed by military forces,” Holmes says. “The rules are basically the same as if it were a civil aircraft. If it was a civil aircraft I could track it back to where it started from and I could admonish that pilot or take their license, where the small UAS is really hard to get after.”

The USAF will receive approval for the nuclear bases first and Holmes will request air force headquarters to extend those authorities beyond global strike assets, he says. The USAF has already issued requests for counter drone technologies and industry representatives are vocal about their offerings, but the service still needs to wait for approval.

Posted by Steve Douglass at 4:02 PM