USAF flies B-2s to Korean Peninsula in show of strength 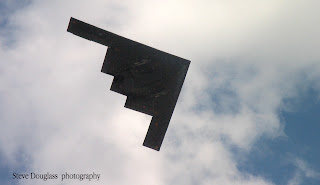 The United States military made the rare announcement Thursday that it had flown two of its most advanced bombers in an "extended deterrence mission" all the way from Missouri to the Korean Peninsula, where they dropped inert dummy bombs, in a move clearly aimed at warning North Korea against further provocations.
A statement released by United States Forces Korea said the sortie by the two B-2 Spirit stealth bombers "demonstrates the United States' ability to conduct long range, precision strikes quickly and at will."
A senior defense official told CBS Radio News correspondent Cami McCormick the B-2 flights were, "intended to demonstrate very clearly the resolve of the United States to deter against aggression on the Korean Peninsula, and our strong commitment to the U.S. alliance with South Korea."
CBS News White House correspondent Major Garrett reports that the B-2 flights come amid rapidly increasing tension on the Korean Peninsula as new North Korean leader Kim Jong Un has ratcheted up the level of both his threatening rhetoric, and his hostile actions against South Korea, and the United States.
A Pentagon official told CBS News that, since March 8, the U.S. military has flown more traditional looking, non-stealth B-52 bombers over South Korea three times, but Thursday was the first run over the peninsula by B-2s.
Defense Sec. Chuck Hagel spoke Wednesday with the South Korean defense minister as part of an intensified effort by the Obama administration to coordinate reaction to the North's belligerence with South Korea and Japan.

Posted by Steve Douglass at 6:07 AM