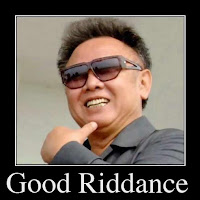 CBS/AP) PYONGYANG, North Korea - Even as the world changed around him, North Korean leader Kim Jong Il remained firmly in control, ruling absolutely at home and keeping the rest of the world on edge through a nuclear weapons program.

Inheriting power from his father in 1994, he led his nation through a devastating famine while frustrating the U.S. and other global powers with an on-again, off-again approach to talks on giving up nuclear arms in return for energy and other assistance. Kim was one of the last remnants of a Cold War-era that ended years earlier in most other countries.

His death was announced Monday by state television two days after he died. North Korea's news agency reported that he had died at 8:30 a.m. Saturday after having a heart attack on a train, adding that he had been treated for cardiac and cerebrovascular diseases for a long time. He was 69.

CBS News correspondent Celia Hatton reports news of Kim's death was met with a flood of televised emotion in North Korea, as state TV showed orderly columns of state officials weeping dramatically, and ordinary North Koreans beside themselves in apparent grief on the streets of Pyongyang.

In South Korea, however, like much of the rest of the world, the news provoked concern. Hatton reports that South Korea put its military on high alert Monday, even calling off-duty troops back to work in the event of any provocations from the North.

South Korea's Yonhap news agency reported later Monday that the North had conducted at least one short-range missile test. Two South Korean military officials said they couldn't immediately confirm the report, saying to do so would breach a policy of not commenting on intelligence matters.
Both said any firing would be part of a routine drill and have little relation to Kim's death. They both spoke on condition of anonymity, citing policy. Yonhap cited unidentified government and military officials as saying the test occurred off the east coast.

Kim, who reputedly had a taste for cigars, cognac and gourmet cuisine, is believed to have suffered a stroke in 2008 but he had appeared relatively vigorous in photos and video from recent trips to China and Russia and in numerous trips around the country documented by state media.
Posted by Steve Douglass at 1:31 AM