I spied on Osama bin Laden ... 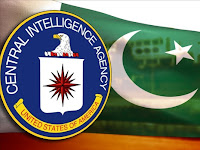 Note: The following post is fiction and although based on a real event - officially never happened. - Steve Douglass

Keeping tabs on the bin Laden's Part 1
By Anon Ymous.


Since both of my parents were Pakistani immigrants (Pathans)from the Abbotabad region and I was fluent (with the proper accent) in Hindko as well as Arabic, Yemeni Arabic, Urdu and Punjabi, Pashto and Kashmiri plus having a highly technical background (considerable experience in COMINT and SIGINT through my “attachment” to another three letter agency, as far as the Ace Tomato Company was concerned, I would make the perfect nosy neighbor to Usāmah bin Muḥammad bin ʿAwaḍ bin Lādin AKA Osama bin Laden.

I remember the day well. I was sitting in my cubicle at Fort Meade working on a transcript of a satellite intercept, when my supervisor “Doug” cast a boney finger my way then curled it back at himself, his typical was of summoning someone to his office.

At first I thought I was in trouble, feeling guilty about dragging my feet on the transcript (boring work) that to me sounded like nothing special, just another of the thousands of conversations plucked out of the sky by one of the birds,a conversation between two Pak government officials griping about one of the many American military convoys roaring through the Hindu Kush on it's way to Afghanistan.

My guess was the chiefs were looking for signs of collusion between certain Pakistani military commanders and the Taliban insurgency who had recently (then) brazenly attacked a U.S. Convoy in the historic Khyber Pass, but to me the intercept contained nothing more sinister then two low-level commanders bitching about the American military tearing up the roads with their heavy equipment. I had no doubt that the transcript I was working on would not only not be read but was a waste of time and an exercise in futility – once turned in would disappear into the NSA's massive digital database to never be heard of again.

Although I enjoyed working at the NSA as a intercept analyst, I was showing the unmistakeable symptoms of job burn-out and admit I was growing a tad cynical about my infinitesimally small part in the “war on terror” and was seriously thinking about looking for another job.

In fact, I had been pursuing a promising new lead, work as a translator at the UN.

Not only did it pay better, but it meant I would not be stuck in a isolated gray cubical, listening to static filled communications that by the end of the day came very close to making my ears bleed.

As I walked down the corridor to Doug's office I took my sweet time – mentally preparing my excuses but not really caring if I got yelled at or not. I was ready to leave and since my work was classified no one, not even a future employer would ever know what transpired between me and my section chief. Sometimes working at a secret job had it's advantages. Much like Vegas, what happened at the NSA , stayed at the NSA.

When I entered Doug's office, I was very surprised to see he wasn't alone. Two “spooks in suits” sat in chairs in front of Doug's desk. Before I could speak, I was handed a clip board and asked to sign what seemed to be an endless stack of non-disclosure agreements.

Since I had seen and signed many of these type of NDA's over my nine year employment at the Puzzle Palace I didn't read it and automatically signed my signature where the Avery stick-on labels pointed me to.


As a result two days later I found myself winging my way to Islamabad, Pakistan. I had been lent to the CIA for the duration - much like a library book.

My assignment? To join the team spying on Usama bin Laden.