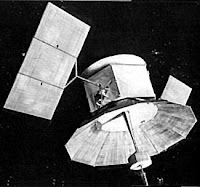 Is it just me (probably) or do antennas cost way too much? Sure that’s an odd statement to make.

I mean-how often does the average Joe think about the costs of antennas – right?

But I have never been an average Joe – and never wanted to be one.

My idea of relaxing entertainment is to sit back with the headphones on, listening to emergency action messages on HF or scanning the MILAIR bands for Top Guns in training, fighter jocks going at it in one the nearby MOAs.

I like to be wired in – to everything – to the world. I take pride in the fact that I probably know more about what is going on in my neighborhood, city, state, world … then probably anyone I know – all because of my obsession with monitoring radio communications.

This hobby (addiction) has (time and time again) put me front-row center at some of the most tumultuous events of our times.

I once was hired (by a major news network) to ferret out and monitor the bugs and baby-monitors transmitting from inside the Branch Davidian complex during the infamous “Siege in Waco” 1993. On a cold day in February, 2003, I ran outside in my underwear and photographed the Space Shuttle Columbia as it plunged to its tragic demise over Texas.

On September, 11, 2001 I monitored the mass-confusion surrounding the FAA’s order to ground every aircraft flying over the U.S. or to shoot down any aircraft that wasn’t responding to the order. I also knew exactly where Air Force One was going when the rest of the world’s media hadn’t a clue, including the Vice President - for a time.

Because of my addiction to communications monitoring, I have become a trusted source for national, international and local news media, especially when it comes to breaking news.

My reputation was made when in 1986 (while casually tuning through the shortwave bands) I happened across an errant U.S. Navy communications involving the accidental explosion of missile propellant aboard “K-219” a Soviet submarine prowling the sea lanes off Bermuda. From then on I became obsessed with radio monitoring and since, if there isn’t a scanner or the hiss of a shortwave radio playing low (almost buried) in the background, I feel cut-off.

It was then I realized that there was this entire amazing-invisible world of wireless signals, out there, just waiting to be snatched out of the ether - carrying on their backs the electromagnetic emanations of modern human condition, from tragedy to triumphs.

I’m tapped into this invisible world of waves (that are passing through your brain even as you read this) from my humble two-bedroom apartment in Texas.

It is my great passion to not let these radio emanations go undisturbed and unheard.

So that’s why I worry about the cost of antennas.

Antennas are the proverbial fly-traps that snare the waves- and (in my opinion) they cost too much.

One day-while the idea of building a UHF SATCOM antenna was rattling around in my brain-I came upon this site that sold them to soldier-of-fortune types.

I was stunned that a simple folding TACSAT antenna cost almost $3,000 dollars!

In the demonstration video it looked like nothing-made of ABS plastic and flexible metal. What a rip-off!

As an extra incentive they threw in a hand-dandy flexible tripod and carry pouch – and all this for just under three grand!

Let’s not tell them the same tripod could be had at Walmart for under twenty bucks and the pouch was just like one I saw for less than $10 at the local sporting goods super-store, as a pistol case.
Oh- lest we forget “special pricing available for GSA employees.”

I shouldn’t be surprised – general service contractors have been ripping off the government (i.e taxpayers) for years with $600 toilet seats and $100 space diapers (MilSpec) of course since – forever.


Needless to say – seeing that video was just another thing that pushed me to start my DIY UHF SATCOM antenna project.

Posted by Steve Douglass at 3:11 PM

Are you going to do a part III?

Hello, i hope this comes off the back burner soon as i've been trying to find build info on these and your blog is the closest i've come to finding it.

Hi, any chance of seeing the bit about actually constructing the antenna? It's been 8 years now since part 2 ...