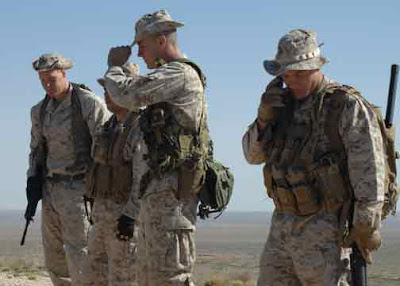 The range was cited by state and local leaders who argued against closing Cannon during a round of nationwide base closures in 2005. Eventually, the base near Clovis was saved with a new Special Operations Command mission.
Several additions are planned for the range, Caltagirone said. Those include two impact zones for certain types of weapons firings; drop zones for troops and cargo for the CV-22s and C-130s that will be flying at Cannon; and at least one landing zone for C-130s, CV-22s and small aircraft. The zones would recreate true blacked-out conditions and possibly unpaved surface landings.

Cannon is to get eight AC-130Hs this summer and 15 to 20 Attack Cargo aircraft over the next five years. CV-22 tilt-rotor Ospreys also will come to Cannon later this year.
Caltagirone said the Air Force's only gunships—AC-130Hs and AC-130Us—are valuable to ground troops because of their "persistent overhead accurate lethal firepower."
"We're trying to grow our capability here at Cannon ... so we provide more assets to not only special operations, but conventional forces on the ground," he said.

The range also will be used for ground training. A military operations and urban terrain site is being built.
"It's basically a city you build out in the middle of nowhere," Caltagirone said. "You bring in teams and they're allowed to train

in a close-quarters urban environment with overhead gunship support. ... They can go block-by-block in this city that's built out there. We're going to attract a lot of small tactical teams out in that regard."
Other ground training planned includes a sniper range and small arms range, he said.
Having so much training at the Melrose range saves fuel costs. But Caltagirone said the biggest benefit is operational tempo—crews won't lose training time in travel.
———
Posted by Steve Douglass at 6:54 PM