Cyber Monday Sale - The Interceptors Club and the Secret of the Black Manta only 99 cents! 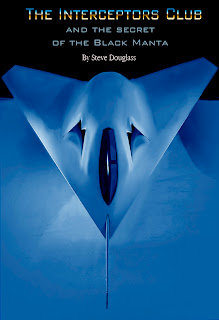 In honor of Cyber-Monday - you can purchase my book "The Interceptors Club & The Secret of the Black Manta" for only 99 cents! Hurry - because the sale only lasts 24 hours. Make sure on checkout you use the coupon code HZ37E to get it at the sale price. Here's the link: HERE

Read more about my book HERE

Posted by Steve Douglass at 8:33 PM No comments: Links to this post

China has unveiled a new attack helicopter as it seeks to rival similar aircraft made by the United States and Russia, state media said Wednesday.

A unit of China Aviation Industry Corporation (AVIC) showed off the WZ-10, or "Thunder Fire", for the first time in public at the country's premier airshow in the southern city of Zhuhai, the China Daily newspaper said.

China is displaying a range of military hardware, including a new drone and a model of a next-generation fighter plane at the show, as it builds up its own defence capabilities and seeks customers for its products.

AVIC also showed off another helicopter at the event -- the WZ-19, or Black Tornado, which is designed for armed reconnaissance and the support of ground troops, the newspaper said.

State television showed the black attack helicopter on a vertical climb during a demonstration.

"The WZ-10 is one of the top three attack helicopters in the world," China Daily quoted chief designer Wu Ximing as saying.

An unnamed Chinese expert was quoted as saying China's attack helicopter is more manoeuvrable at low altitudes than the Apache, but lacks its thrust and firepower.
The AH-64 Apache -- made by Boeing Defense, Space and Security -- is used by the US Army and several other countries.

The Apache is powered by two turboshaft engines and carries laser-guided precision missiles, 70mm rockets and 30mm automatic cannon, according to the website of the Boeing unit.

China's development of the WZ-10 dates back to the 1990s, when military planners observed the use of helicopters by the United States during the first Gulf War with Iraq, the China Daily said.

Chinese President Hu Jintao last week called for China to step up the military's technological abilities, saying its most important task was to be able to "win a local war in an information age".

In late September it put its first aircraft carrier, a refurbished Soviet vessel named the Liaoning, into service -- its first step towards a fleet of carriers expected to be built domestically in coming years.

Hu's call came amid tensions with several Asian neighbours over maritime territorial claims, including Japan, the Philippines and Vietnam, as well as the US "pivot" towards Asia.
Posted by Steve Douglass at 12:33 PM No comments: Links to this post