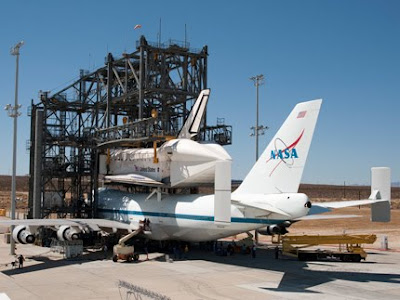 Managers decided Friday that a slow-moving low-pressure weather system over northeast Texas that has been influencing weather across the southeast was too dynamic and unstable to try to begin the flight Saturday. They will meet again with flight crews and the weather team Saturday at NASA Dryden to discuss a possible Sunday morning departure and decide the best route to get Discovery back to Kennedy within two days, weather permitting.
Posted by Steve Douglass at 3:34 PM