Holloman to be 2nd home for UAV training 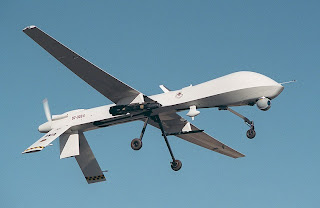 Air Combat Command officials announced Aug. 18 that Holloman was chosen over Edwards Air Force Base, Calif., and Fort Huachuca, Ariz., to house the second Unmanned Aircraft System Formal Training Unit, which is expected to stand up in 2009.

The decision won’t become final until after an environmental impact study, but that’s seen now as a formality.

Pilots and sensor operators previously completed their MQ-1 and MQ-9 Initial Qualification Course at Creech, but the continued demand for more round-the-clock orbits of Predators and Reapers in the war zones means ACC needs more training slots to provide enough airmen to fly them.

Over the past year, the Air Force has more than doubled the number of unmanned aerial vehicle orbits over Iraq and Afghanistan — from 12 to 27 — and has had to rapidly train pilots to keep up with the pace. Air Force officials say they want to increase that total to 50 orbits by 2011.

To match that growth, service officials have said they aim to more than double the number of pilots for the MQ-1 Predator, MQ-9 Reaper and RQ-4 Global Hawk, from 350 to 800, by 2013.

“As we ramp up this critical capability, we also need to increase our production of UAS operators,” said Col. Michael Kennedy, ACC deputy director for plans and programs.

The new unit will be able to train an average of 120 crews, which include a pilot and a sensor operator, each year, Beckman said.

About 38 Predators and Reapers will be sent to Holloman once the training unit stands up, along with a mix of about 100 airmen and contractors to serve as trainers and support staff.

The decision to stand up another training unit, rather than expand the one at Creech, was made because of “base support limitations at Creech,” Beckman said.
Posted by Steve Douglass at 6:00 AM