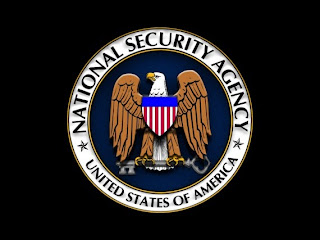 An Iranian order intercepted by the NSA instructs Shiite militia groups in Iraq to attack the American Embassy in Baghdad should the U.S. strike Syria, the Wall Street Journal reported Friday.
The intercepted message reportedly came from the head of Iran's Qods Force, a paramilitary arm of the country's Revolutionary Guards. The order directs militias to prepare to respond with force should the U.S. attack the Bashar Assad regime, Iran's ally.
The Associated Press also reported Friday that Iranian-backed Shiite militias are threatening retaliation inside Iraq, citing Iraqi security officials and Shiite militants.
Iraqi officials say they are taking the warnings seriously. The threats, which come as President Barack Obama's administration and Congress debate possible military action over the Syrian regime's alleged use of chemical weapons, risk exacerbating an increasingly deteriorating security environment inside Iraq.
Cleric Wathiq al-Batat, who leads the Mukhtar Army, a shadowy Iranian-backed militia, said his forces are preparing for a strong reaction against the interests of the U.S. and other countries that take part in any Syria strike. He claimed that militants have selected hundreds of potential targets, which could include both official American sites and companies "associated with the Americans."
Asaib Ahl al-Haq, an Iranian-backed hard-line faction that also carried out deadly attacks against U.S. troops before their withdrawal, said in a statement this week that action against Syria "will set the region on fire. The interests of the Western countries will not be saved from this fire."
A senior Asaib Ahl al-Haq official said multiple armed groups within Iraq are "fully prepared to respond to any strike on Syria by attacking the interests of the countries that participate in this strike, including the United States," although he declined to specify any potential targets.
The Asaib Ahl al-Haq official, who refused to be identified, fearing retribution, said the militias are awaiting instructions from Iran's supreme leader, Ayatollah Ali Khamenei, on the timing and method of any attacks.
READ THE REST OF THE STORY HERE
Posted by Steve Douglass at 12:13 PM