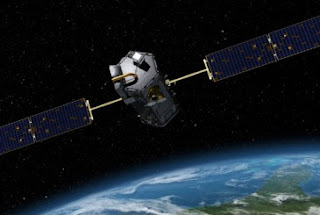 Orbital elements have been published for North Korea's KWANGMYONGSONG 3 satellite that was launched today and condemned by the Obama administration as provocative.

Here's a LINK to track it in real time.
Posted by Steve Douglass at 12:41 PM